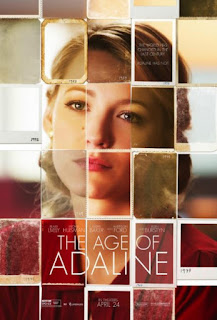 Back when I first met my wife, she eventually would make me watch shows with her. One of them was Gossip Girl (which was far better than my initial impression) and one of the main stars of that show was Blake Lively. While I still don't understand why she would name her daughter James, I do like her as an actress. I heard of The Age of Adaline early on, and I was intrigued by the idea. Immorality is a very fascinating idea I think anyway. 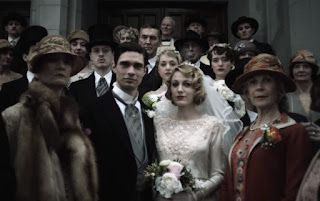 The story begins in the very early 20th century with the birth of Adaline Bowman. She lives a normal life, gets married, and gives birth to a daughter. However her husband dies in a tragic accident, and not long after she gets in a car crash. The crash lands her in the middle of a freakish storm that should have killed her, but to her luck she manages to walk way and recover. She isn't aware of it for a few years, but she begins to realize that she doesn't age at all. As the decades roll by, it gets harder for her to hide this fact to the rest of the world. 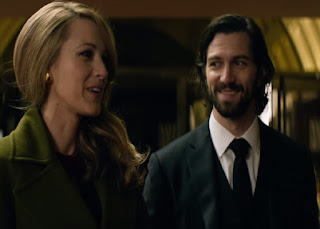 Afraid of becoming a lab experiment, Adaline runs away from her life but she still keeps a relationship with her daughter. By the 21st century, she's changed her name to Jenny Larson, and her daughter looks like she could be her great-grandmother. Still paranoid about the world finding out, she keeps moving every decade. But she later meets a man named Ellis Jones, who might be the only reason for her to stay in one place. 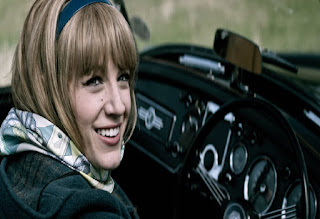 One of the reasons I didn't see this last year was because critics were a little mixed on this one. But I liked the movie a good bit. The story could have had a better point, and some more realism, but I can't complain a lot. I think the character of Ellis could have been a little better, as you really don't understand why they love each other that severely. Harrison Ford has a major role in the film as well, and he and Blake Lively were really good in this movie. Not even close to the greatest film of 2015, but I think it should of had a better critical reaction.

Another movie I haven't heard of.

I haven't heard of this one either....

I haven't heard about the name of her daughter. It's pretty strange. Sometime it feels like celebs do it only for people talk about it. Another example - kids of Kim Kardashian and Kanye West, but it's their choice and I cant judge them.
Actually this movie in my ''must to watch list'', so I'll check this out soon, sounds like a good movie!

Haven't seen this one either.

I did see this movie and really enjoyed it quite a bit.