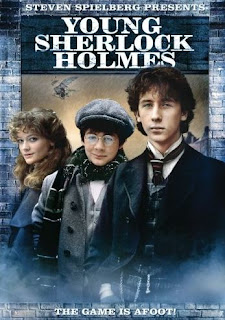 The concept of classic characters being in a tale where they are much younger isn't that original anymore.  Though long before Smallville, Merlin, and Arrow there was Young Sherlock Holmes. The recent UK series Sherlock is one of the my favorite shows ever, so I was interested in this one. I also noticed Steven Spielberg was involved in this movie, but as an executive producer which typically isn't a whole lot of work in comparison to a normal producer or the director. 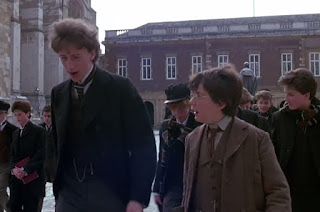 The story has Sherlock Holmes and John Watson meeting at a boarding school in the Victorian era. While they are much younger than typically portrayed, Sherlock Holmes is still a brilliant detective even if the police don't take him very seriously.  One of his teachers Professor Rathe takes great pride in him, but also seems to be just as or even more brilliant than Holmes. Though Sherlock isn't a friend to everyone in school. 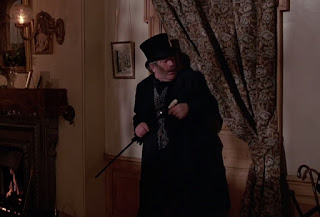 Despite their school drama, an evil plot unfolds. While the police think these tragic events are common and not related, Sherlock thinks not. Many men start to see things irrationally causing them to freak out in a state of fear. Which often leads them to something dangerous like a fall from a window or in front of a moving carriage. When someone dear to Sherlock dies, it causes him to get the motivation to solve the case. 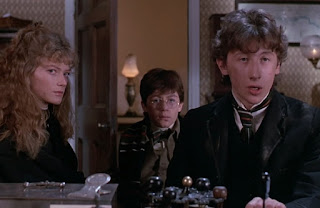 I will say Young Sherlock Holmes was quite the disappointment. The story isn't based on any of the classic stories, but an original plot instead. This ends up feeling less like Sherlock Holmes, as there isn't much mystery to it. It's very obvious what's going on to these people, the only thing left is why not really how. Nicholas Rowe was pretty sharp as a young Sherlock, and I liked Sophie Ward as his love-interest Elizabeth Hardy. I also think they made him far too young as nobody in high school could be taken that seriously.

I remember watching this movie many years ago but damned if I can remember a single thing about it.

I remember it being meh too

It's been ages but I remember enjoying this movie.

I don't go to the movies so haven't seen this one either.

haven't seen this one...

I'm sure I caught this one back in the 80's, but can't remember a single thing about it.