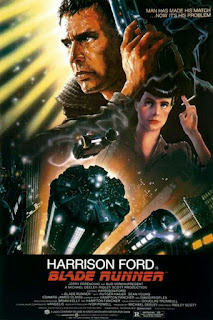 I had sorta heard of Blade Runner for many years but I didn't know much about it. While everyone remembers Harrison Ford for being Han Solo (and Indiana Jones), his other big sci-fi role was as Rick Deckard in the movie Blade Runner. I hear the film originally had mixed reviews from critics (basically love it or hate it) but over the years it had a much better reputation among critics and the regular folks. It's been thirty-four years since the film hit theaters, does it still hold up after all these years? 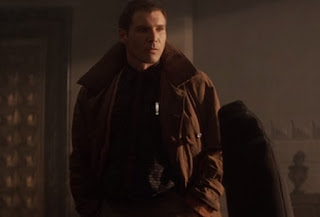 The film is set in 2019 in a dystopian future in the city of Los Angeles, California. The Tyrell Corporation had created androids (which are called replicants) that look just like humans but with better strength and agility. Earth had colonized parts of outer-space and used replicants in this task. However a violent mutiny that took place outside of Earth which caused officials to stop all replicants from returning to Earth. Rick Deckard was a police officer known as a blade runner, and they are tasked in the "retirement" of the androids. He eventually retired and moved on to the next chapter of his life. Or so he thought. 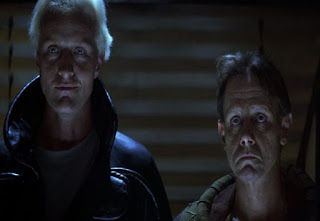 Four replicants one day make it to Earth, and eventually make their presence known after one of them murders a blade runner in plain sight. The leader of the replicants is named Roy Batty who is by far the most superior of the whole group. He also doesn't care much about the lives of humans, but only of other replicants. It's up to Rick Deckard to stop him and the rest of his android group. With greater numbers and superior strength, does Rick even have a chance at stopping them? Or will they put Rick Deckard into "retirement' instead? 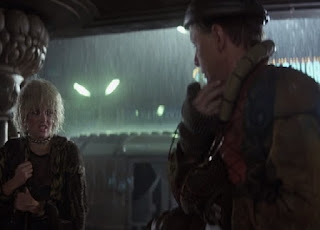 I can see why Blade Runner became such a beloved film. I'm also a little surprised that nobody has tried to make a remake even though those are often awful. I'm also a bit shocked that it never got a sequel, though to be fair it doesn't really need one either. I also really liked how it's set in 2019 and since it's not far away it's funny to see how much they got wrong about "the future". It's a very creative movie, though I will say the plot gets a bit weird. Especially the final confrontation at the end of the movie.

It's one of my favorite films.

Haven't seen it, but our son lives these movies.

This movie is all kinds of awesome, and is up there with one of my all-time sci-fi movies:) Sean Young's costumes=fab:D

It was supposed to be 2019? Wow! We've seen the movie twice and liked it. I would love to see a sequel.