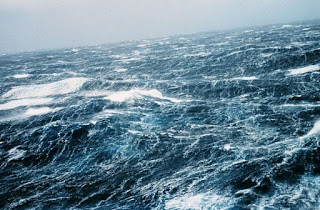 Just recently a creationist named Wayne Propst found sea snail fossil's in his aunt's yard in Texas. He claimed they are from the Biblical flood of Noah, and a self-proclaimed expert named Joe Taylor (who runs a creationist museum) says he's "right". An actual paleontologist named James Sagebiel told Propst that the snails in the fossil rocks are about 35-40 million years old as the area in Texas they found it in would have been a coastline that many years ago. Propst insisted that his original theory was true, and decided to ignore science and believe in magical fables.
Posted by Adam at 12:00 AM

Ha ha - well it is Texas - "bibles, Ted Cruz, oil and nonsense".
Oh apologies to the Bush fraternity, they should have been included plus that Aircraft Carrier that "Junior President Bush landed on - with such words of wisdom".
What would you expect???
B J Hunnicut aka Colin

Sounds like something Rick Perry or Ted Cruz would do... :)

Science has proven that evolution is real, the same science that gave us modern medicine, cars and airplanes and thousands of other things that have improved our lives. Interesting that creationists reject some things proven by science while accepting all the technological advancements made possible by science.

My friend does IT support at a Christian-run school and was in class working on computers one day when he overheard the teacher explaining that rain was God's tears and thunder was him stomping. I... I just don't even understand how that's being taught.

Ha ha - that young blokes would have to go down as one of the funniest comments of the century.
Thanks for the laughing fit - ha ha
Colin

Sorry "bj", I don't like GRITS, so I don't think I'd be kissing your "grits".
But I thank you for your kind offer???
Colin
PS: Oh yes, there are many boys in Australia called Kim ( short for Kimberley) and I wouldn't go suggesting to the ones I know that they have "sissy" names. You might find your face re-arranged!!!