Fact of the Day: Kasich Runs 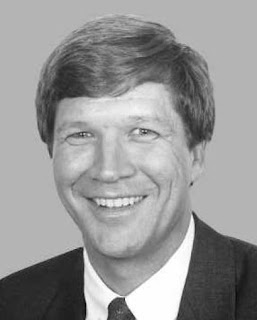 2016 GOP presidential candidate John Kasich is not entirely new to the presidential primaries. He actually ran for president in 2000 while he was still a congressman (he's currently a Governor), but dropped out before primary voting. George W. Bush later won the Republican primary in a major landslide against John McCain and Alan Keyes.
Posted by Adam at 12:00 AM

Maybe the 3rd time will be the charm?

interesting sharing ,hope to hear more great information from you have a peaceful Sunday

He seems to be the lesser of Four Evils. In fact, I like the fact that he voted for the ban on assault weapons that gave him an F rating from the NRA.

Unfortunately for him, republicans this year don't seem interested in experience.

I do believe he is probably the most sensible contender...he didn't really ever have a chance. His desire and determination has had him hanging on..I always like to see them win their state..we'll see how he does in Ohio. Tho I am surely not a fan of Cruz, I was proud for him to win his state of Texas.