Fact of the Day: Lord Kimberley 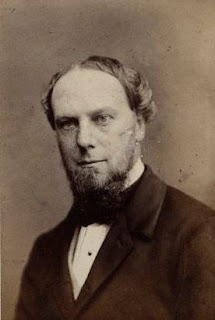 John Wodehouse, 1st Earl of Kimberley was the origin of the given-name Kimberley in the English-speaking world. A city in South Africa was named in his honor, and when fighting took place there during the Second Boer War the name became popular. It was originally a name given to both girls and boys but eventually became a name just for girls in modern culture.
Posted by Adam at 12:00 AM

The Hollywood girls of glamour - Liz Taylor and Marilyn Monroe would have liked the Kimberleys - DIAMONDS!
Here for those interested.
https://en.wikipedia.org/wiki/Kimberley,_Northern_Cape

Lord Kimberley had a choice for the name of the now city.
Would it be New Rush, after the miners flocked to the area on the discovery of diamonds or the Dutch Boer name of
Vooriutzigt???
Lord Kimberley as Secretary of State (UK) for colonies decided against New Rush and as for the Boer name, deemed it unpronounceable and unspellable.
I think he ended up with the right name.
Lord Kimberley deemed it that an area in northern Western Australia be also called the Kimberleys. It is a big tourist attraction these days of the REAL outback with strange topography - it also was the only area of Australia that during WW2 that the Japanese Army stood foot on. 4 officers in a dinghy came on shore to survey the region and left as soon as they saw - nothing!
B J Hunnicut aka Colin

Kimberley - yes he had a town named after him in South Africa I believe.

Interesting info! My middle name used to be Kim but I legally changed it many years ago.

Never would have guessed it was a boys name

I had no idea. Very interesting!

Interesting. I know a few Kimberly's.

I know a few Kimberleys.

I knew a boy whose name was Kim. He was in preschool with my eldest child, back in the late 80's of the last century.
Thought it a little surpising to call your Dutch -in The Hague- born son Kim.

That's quite an interesting to know, greetings!

I only knew this as the name of a famous diamond mine.

Stephen!
Are you scratching your head at the comments between my top one and your comment.
History means nothing - just is Kimberley a boy or girls name? Just shows the intellect of the viewers!

Yep I believe it was the name and area of the most famous and richest diamond mine in the World.
Colin