Fact of the Day: Sino-Vietnamese War 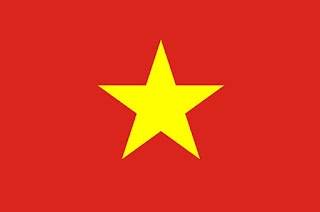 During the Cold War, The West was concerned with the spread of communism however the communist nations had their own in-fighting. China and the Soviet Union had a bitter relationship after the death of Joseph Stalin. After American forces left Vietnam, the new government sided more with the Soviets than China. This with other reasons led China to invade Vietnam which caused the Sino-Vietnamese War. It lasted less than a month in a practical stalemate though both sides claimed victory over the other.
Posted by Adam at 12:00 AM

I wouldn't worry about that (above) "little" silly fracas or tiff.
The present situation with sea lanes in the Sprately Islands is more worrying.
Read an excellent history of Vietnam - Saigon by Anthony Grey, detail is excellent ( FACTS). Covers the period from 1925 to the last US helicopter leaving the US Embassy when Saigon fell to the "Viet Cong".

Seems the Republican party heavyweights are having a good look at Governor Kasich. He does seem the best of the three "rat bags" at present who are getting all the press.
And I am sure Kay of Honolulu will be delighted - he would know that Hawaii is a state of the Union. Unlike the "darling" of the Tea Party and also looney-bin Trump, that's Moose shootin' Mum, Sarah Palin.
Remember - THE SPRATELY situation is the worry now!
B J Hunnicut aka Colin

Both trying to save face as they say they both won, figures

Never knew about this.

I did know about. Thanks for the history.

The collateral damage for all these wars, may it be a world war or one such like the Sino-Vietnamese War, makes everything just pointless. All these lives and for what?

I didn't know that