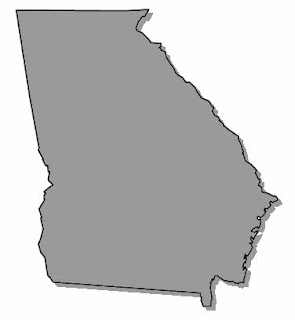 The Atlanta Falcons are about to get a new and fancy stadium in Georgia, but the state house in Atlanta may end up getting Georgia kicked out of being one of the next states to host a Superbowl in either 2019 or 2020. The state house approved House Bill 757 which basically legalizes bigotry against the LGBT community under the disguise of "religious freedom". The NFL didn't like that too much and the Republican Governor Nathan Deal hasn't signed the bill yet. If he does it may be bad news for football fans in Georgia, so hopefully he'll have the sense to veto it.
Posted by Adam at 9:00 PM

wow...wonder how this will go.

Glad to hear the NFL is standing up for non-discrimination.

Hmmmmmmm! Interesting situation.
I am sure the Governor will see reason, any form of bigotry is disgusting.
I am eagerly awaiting an opportunity, Adam, to give some startling facts from overseas on this Republican situation for these upcoming elections. This is not the time or place, but they will come and they may wake up hopefully many voters when crunch time comes.
B J Hunnicut aka Colin
PS; I hope as Stephen Hayes has rightfully pointed out on the blog on King Manuel 11, that uninformed readers of which on your historical blogs are many, take the time to do some research to improve their knowledge????

Wow, I'm curious to see how this turns out.

Yes, but unfortunately I have a feeling the governor will sign it.