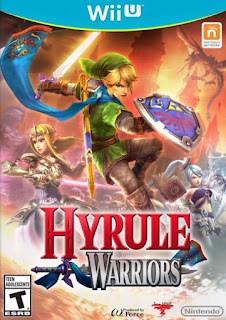 Hyrule Warriors is a game I never quite expected to ever be made. Nintendo has made plenty of spin-off series before, but almost all of them were in the Mario series. The Legend of Zelda games usually are stand-alone classics that aren't dramatically different from each other. The only spin-off game I remember was Link's Crossbow Training for Wii (based on Twilight Princess). and that game was honestly terrible. Hyrule Warriors is based on the Dynasty Warrior games, which makes it part of both franchises. The Legend of Zelda games is one of my favorite series, but did I like this odd spin-off game? 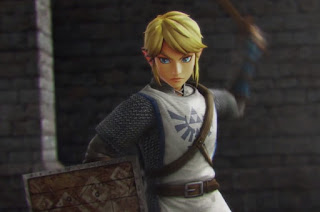 The story takes place in a kind of alternate Zelda universe. Link is a common soldier by the time Princess Zelda takes notice of him. She's guarded by Impa who also crosses paths with Link. They see something special in him which they'll need as massive armies of monsters are attacking Hyrule. They are led by the sorceresses Cia who was mostly good until Ganondorf's spirit drove the light out of her heart. He uses the dark witch to complete his plans, and they use the darkest of magic to give Link and Zelda the challenge of a life-time. 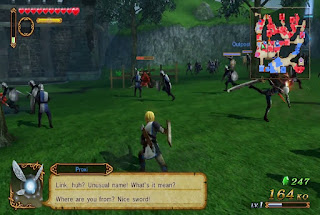 The game-play should be familiar to anyone who's played any of the Dynasty Warriors games. You control just one hero (who can be Link, Zelda, Impa, etc) who fights large armies where the common foot-soldiers aren't much harm. It's their leaders, and the bosses that will prove to be a challenge. You travel across a large map every level where you must complete tasks and take control of zones by defeating enemy captains. Once a zone is yours, it can fall if your captain is defeated in battle by a future wave of enemy monsters. 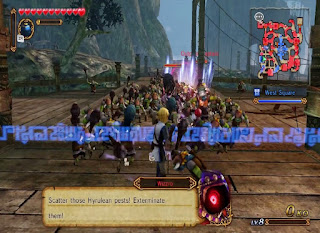 I really tried to like Hyrule Warriors like any other game in the series, but it didn't really motivate me to play it much. I usually play with a Gamecube-style controller for most WiiU games but this one would not let me, and the WiiU Gamepad (nor the Wiimote and Nunchuck) wasn't very comfortable. The missions are very repetitive, and the bosses aren't much fun because the field is cluttered with monsters that just get in the way. They just made a Hyrule Warriors for 3DS, and I can say that you'll never see me playing that one.

I don't know squat about these games....
hope you had a nice Easter....