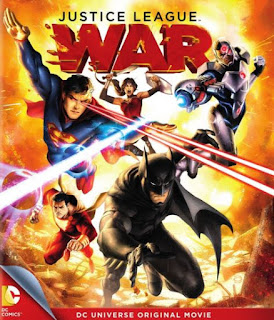 Justice League: War is another in the long-line of DC Comics Original Movies. Most have been pretty good especially as they started to focus on one story-line from the comics instead of coming up with something original. This one is based on Justice League: Origin which was a comic story-line which rebooted the story of the famous super-team. I don't really care for origins stories anymore but since they're doing a major Justice League movie soon, I might as well get used to it I suppose. 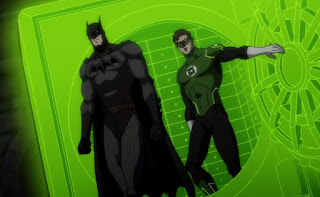 The story begins with Green Lantern fighting a monster who everyone thinks is Batman. Hal Jordan runs into the real Batman who is after the creature too. The monster is destroyed without a real answer, but with a clue. They go to Metropolis to meet Superman face-to-face though their plan might make Clark Kent a little mad. They'll all get over it when these monsters start appearing all over the world. 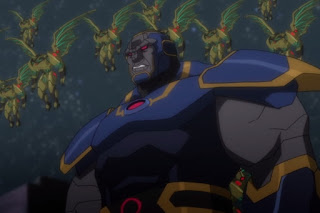 The master-mind is the tyrant Darkseid, who plans to take over the Earth for his own reasons. Superman, Green Lantern, Flash, Batman, and Wonder Woman will all have to work together as a team if they even can hope to stop Darkseid. But they will end up needing other heroes who might emerge to the world when they are most needed. Out-numbered and under-powered, if they fail then it's game over for Earth. 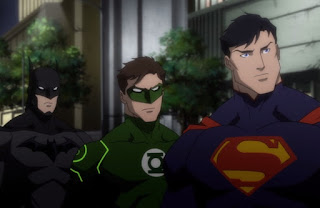 Justice League; War was a little better than Son of Batman (which I recently watched too) but still a little disappointing. I never liked Darkseid as a villain for the same reason why Superman is not my favorite super-hero. They are just too powerful for their own good. I enjoyed the humor in the film, and thought the story was decent. I just wished they didn't spend so much time fighting countless monsters that all look the same.

Not my thing, but I understand these are very popular.

i am so out of the loop with all these fun movies....