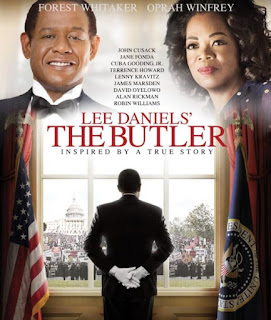 I've known about Lee Daniels' The Butler for quite some time now. I remember seeing the trailer for it while in the theater and it looked very promising. But I never saw it until now. It's based on the true story of Eugene Allen who died in 2010. He worked at the White House for many years eventually becoming the butler to the President. In the movie, the protagonist Cecil Gaines is just based on the life of Eugene Allen. I prefer when historical movies do this instead of the other way around. Every film is going to ignore historically accuracy in some way, and it's better when the actual characters are fictional. 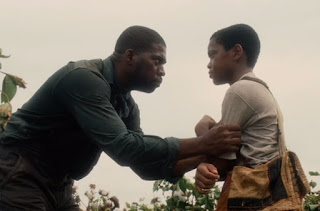 The plot begins with the early life of Cecil Gaines. As a boy, he worked on a cotton farm in Georgia. While the horrid days of slavery are over, 1926 is a not good era for African-Americans. His father is murdered and the racism of the South prevents his killer from seeing justice. He eventually works as a house servant, but feels like Georgia is no place for him to be. He learns the struggles of reality which is harder on his people than any other in the country. He eventually finds some luck and gets a nice job at a luxurious hotel. He also gets married to a woman named Gloria, and the couple have two sons together. 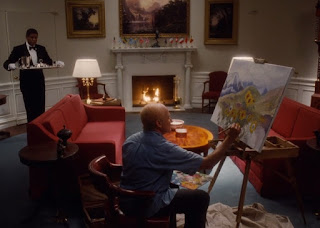 He does so well at his hotel that The White House offers him a job without him even asking for it. He accepts but he is nervous about the new job. He doesn't just serve the guests of the White House, he's one of the butlers that serves the President directly. In his duties, the sitting presidents get to know Cecil personally, and he often hears them as they discuss important matters with their advisers. Since there is new president every 4-8 years, he'll get to work directly under every president from Dwight D. Eisenhower to Ronald Reagan. He'll also have to deal with drama in his personal life, like a wife who thinks he works too much, and a son who wants to go to school in a racist state like Tennessee and gets politically active down there. 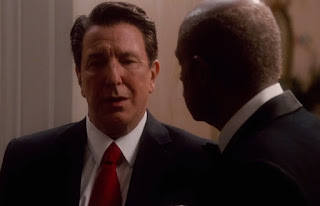 The Butler was basically just as I had expected it to be, an excellent movie that makes us remember times where America was not so great to its own citizens. The scene where they have the diner sit-in protest is very dramatic and makes you wonder how people could be so downright evil not that many decades ago. I also liked seeing actors I knew take the role of famous modern presidents. I didn't think Robin Williams looked much like Eisenhower, nor did John Cusack have a similar face to Richard Nixon. Alan Rickman (not surprisingly) was the best of all of them, as you could swear he was the real Ronald Reagan. I'm shocked that The Butler won very little awards, and zero Oscar nominations, it deserved much more even though 2013 was a good year for movies.

I was terribly disappointed in this movie, especially since it was promoted as a true story when it's mostly fiction.

I have this, but I haven't watched it yet.

I saw this and liked it very much! I'd watch it again.

Gracious! That was Alan Rickman? I totally forgot. He did do a great job. I liked the movie very much, but I've since learned that like all movies, there were inaccuracies, of course.

Thank you so much for all your information about Lindsey Graham, Adam! You know so much!