Michael Bloomberg is Not Running For President 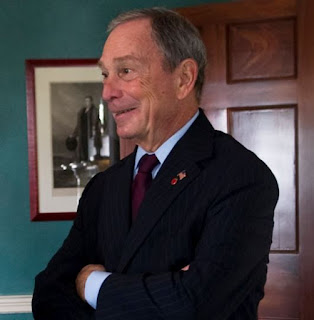 Former Mayor of New York City Michael Bloomberg has decided not to run after thinking about making a independent run. I think he knew very well that him running for president meant electing a Republican. As he'd be more likely to take Democratic votes than Republican ones from the major candidates. And I'm sure he also doesn't want to be the Ross Perot or Ralph Nader of the 2016 presidential election.
Posted by Adam at 11:39 PM

Ah, I was wondering if he would go for it or not. His ban on big gulp sodas lost him any chance of gaining my vote had he decided to run.

I actually like Michael Bloomberg. I think he's tried hard to help people make better choices. However, you're right. He might have ended up being a Ross Perot.

Wise move, although I don't think he has much of a voter base.