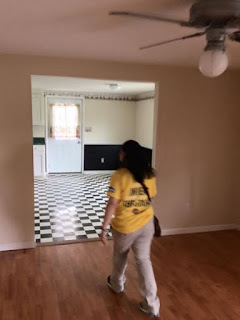 As I've mentioned before Daisy and I are looking for our first home. We looked at three houses on Sunday, two weren't so great. Like this one which we believed had foundation issues and the air conditioning unit outside looked hideous. To make matters worse, one of my brothers Zach came along with us and opened up the door. The front door was unlocked the whole time. 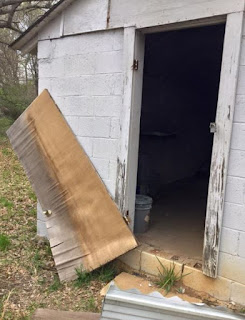 The house after that one looked really bad exterior wise. Like they had this horrible shed out in the backyard. They could have at least ripped that door off. It looks better without it. The interior was plain and simple. It could have been worse I suppose. 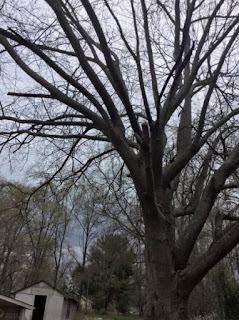 But the yard also had this big tree right next to the house. I can just imagine a big storm causing great damage to the roof and the rest of the house. We had one next to my childhood home for years, and it was always scary when it stormed. Until we chopped the tree down that is. 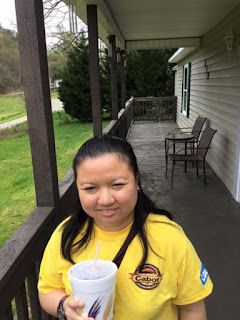 This was the first house we visited which was by far the best. The family is moving back to Kentucky because of family reasons. It was originally a foreclosure that he had fixed up quite recently. He's even leaving all the appliances behind. We may just end up getting this one, even my brother Steven (who's our realtor) told us not to pass it up.
Posted by Adam at 5:00 PM

How cool!! Best of luck with home purchases, we also bought a fixer upper and so glad we did because the prices went up and we would have missed out!

Hope you find the right house for you and Daisy soon.

That is very cool. Perhaps this will be your first home! Very exciting times for the two of you. House hunting can be quite challenging but also lots of fun, too.

Good luck house hunting and you are fortunate that your brother is your realtor.

House hunting can be fun. I also have a brother named Steve who is a realtor. Good luck.

Look at that awesome porch behind Daisy! Is this the first house you guys looked at? Coz seriously....I would buy it just for that porch:D
Good luck on the house hunting.

If this is your "dream house" then first thing, if you can, get rid of that tree - it doesn't from the photo look safe.
Be wary - even "realtor" called "real estate agents" here are on the lowest level of truth worthiness. They work on commission and that is a on go zone, they would even try to sell a place in the deserts of Central Australia to the uninformed and tell them that snow falls in the winter, making the place a winter wonderland of reindeers and Santa Clauses!
"Awesome - terrible overused word where the meaning has now been lost - porches" don't mean anything when it comes to the interior and the upkeep of maintenance.
This Adam would be the most important decision of your life.
Tread carefully young man.
Colin

You're lucky to have a brother who's a realtor to give you advice you can trust. That should make the process easier for you!

I hope you manage to find the home of your dreams. I've owned many houses but you never forget that first one.

very exciting, don't forget to get a home inspection done before you purchase.

the most important thing is to get a home inspection done, Adam...I know you haven't asked us for advice but we learned the hard way by not having our first house inspected. found out, AFTER buying, there wasn't insulation in the attic, many other things we didn't know to look for. so glad your bro. is helping you. Good luck ...buying a first house is such a fun thing if you know what you are buying.....

One of the greatest things my realtor taught me about buying a new house was to carefully consider the value of the home compared to the neighborhood. Never buy the most expensive house in the neighborhood, always by the biggest deal in a neighborhood because you get instant equity the day you own it.