Despite February being the shortest month, I think I got a lot done. Here are my favorite TV show, movie, and video game for the whole month. 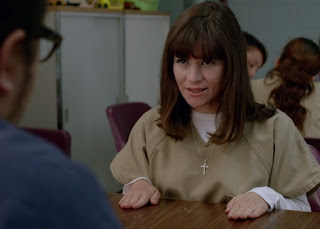 While the original season was best, my wife and I really enjoyed the third (and latest) season. I really liked how they relied more on the other characters than Piper Chapman alone.  The fourth season is coming in a few months, so hopefully it won't drop the ball. I hope it's more comedy than drama unlike the second season. 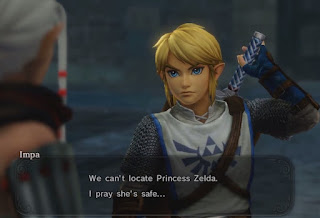 I got this for Christmas, but didn't start playing until late January.  I'm not very far into it, and I didn't like it much at first. The Zelda spin-off is technically part of the Dynasty Warriors series too, and apparently plays a lot like it. It will be sometime before I'm finished, so maybe I'll be done in March I guess. Hopefully I'll get more impressed as the game goes on. 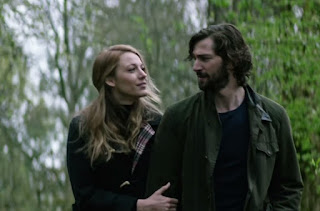 Age of Adaline was something I meant to see last year, but never got around to it. The story is about a girl who never ages due to a freak accident. Then she tries to get her life in order after years of moving across the nation in order to mask her immorality.While the story had its flaws, I liked it a good bit.
Posted by Adam at 1:00 PM

I need to check that movie out!

I've heard about Orange is the New Black, but have yet to see it. I did really enjoy The Age of Adaline too.

I love OITNB, but the second season was my fave. I still watch that season finale and clap my hands and jump up and down like a crazy woman every single time. It never gets old!

Loved Adeline myself, we need more such beautiful movies

I haven't watched this show, although I'll heard. I need to check this out when will finish to watch other ones!