Question: Who Is Jon Snow's Mother? 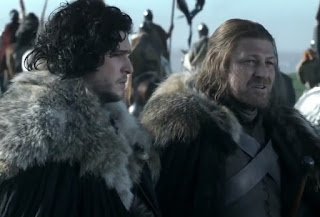 This question for fans of the Game of Thrones TV series (and books), and if you haven't seen or read any of it you really should. Every fan of the show knows the identity of Jon Snow's mother has been a mystery since the start. His father Ned Stark refuses to tell him but promises to after he joins the Night's Watch, but since Ned died that did not take place. I've heard some awful theories but what I believe most is what fans call R+L=J. 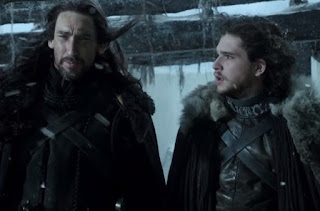 But why would Ned refuse to name his mother? In the books it mentions that Jon's mother was somebody Ned truly loved so much that he never told his own wife or children even once. It's doubtful that even his brother Benjen Stark knew. The only "answer" we get is when King Robert Bartheon presses Ned about it and he says it was a woman named Wylla. Though I believe it wasn't some low-born woman nobody knew, but in-fact someone noble. Ned Stark's sister Lyanna Stark is who I believe is Jon Snow's mother. Which means Ned is really his uncle, and that Jon's father is the deceased Prince Rhaegar Targaryen. 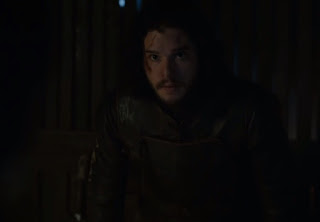 So what makes this theory so believable? In the books there is a flashback where Ned finds his sister in the Tower of Joy where she is dying. He makes her an unknown promise before she dies. Before he entered the tower, he had to fight off members of the Mad King's kingsguard who'd rather die than serve Robert Baratheon. But why guard Lyanna instead of Viserys and Daenerys? Because if she was secretly married to Rhaegar, that would make Jon the true heir to the Iron Throne. If Ned told the truth, that would make Jon a target for King Robert, and only as his bastard would Jon's life be safe. But at the end of the books and the last season, Jon Snow is betrayed by his own men and left to die. If Jon is the true heir, I believe he'll be resurrected by the Red Woman as the whole thing about his mother's identity would be pointless if we never seen him again.

I don't know who Snow's father is, but I've never been convinced Ned Stark was his father.

That's a pretty good theory. TBH, I honestly don't have a clue but what the fandom comes up with in terms of the guesses are pretty incredible. I do think Ned is his real father though....just a guess:D

I agree totally with the theory you have written. I am a huge fan of the show and have read about this before. It is what makes the most sense. The Red Woman did have some interest in Jon Snow when she was at the Wall with Stannis. I can hardly wait for the show to start again.

I agree that Lyanna Stark is his mother. But my theory is that Robert Baratheon, who was in love with her, had secretly married her and is his father of Jon Snow. This marriage makes his marriage to Cersei bigamous and illegal. Jon Snow is Robert's rightful heir. All Robert's offspring have black hair, as we know. Ned Stark lied about being Jon's father to protect him from the wrath of the Lannisters. That's MY theory, anyway.

Robert married Cersei only after Lyanna's death. The only reason he agreed to marry someone else.