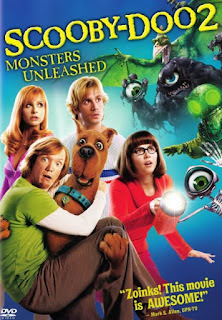 I remember watching a lot of the Scooby-Doo cartoons during my childhood years. I missed out on the major movies until recently. I saw the original film last month and I thought it was okay but nothing special. I don't really know why I wanted to see the sequel so soon, but I guess it's because I was curious about it and wanted to get it over and done with. Monsters Unleashed did worse with critics than the original which didn't do so great either. Is it really worse than something that wasn't spectacular to begin with? 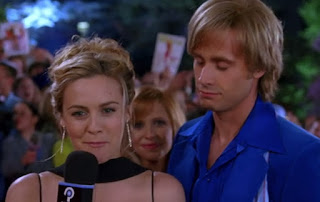 The movie takes place a little after the original with the Mystery Inc crew back together, unified, strong, and famous. In their town, they are treated like celebrities that everyone wants to be or be with. A new museum opens which features the costumes of previously defeated villains they had unmasked. They have a big party to celebrate it's opening where everything seems all fine and good. Until something (not exactly so unexpected) happens to Scooby-Doo and his friends during the event. 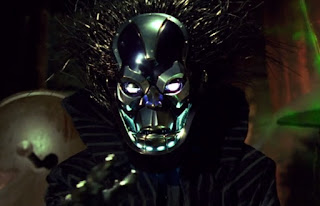 An actual monster (instead of some guy in a suit) crashes the party and causes havoc. The mystery crew tries to stop it, but they end up embarrassing themselves. The monster is controlled by an evil masked figure who apparently wants revenge on the group from a previous meeting. They have a few ideas on who he is, but they know they must act soon. The whole town thinks they are losers, and when more actual monsters appear they must solve the mystery or everything could be lost. But do they stand a chance? 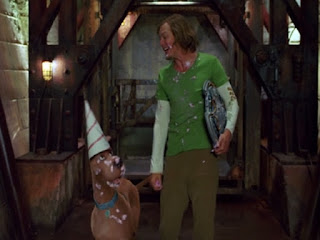 Honestly I thought Scooby-Doo 2: Monsters Unleashed was better (not worse) than the original. Some of the monsters that are in the movie I remember from the classic cartoon, and I enjoyed seeing the cameos. It's also has more action-fighting, which I think is better than corny jokes and silly situations. Though it doesn't hold a candle to the cartoon's best stories. I'm glad they ended the series there and didn't make a trilogy. They obviously would have not done much better with the third than the first two.

I used to love the original Scooby Doo. Sometimes I feel like they've made so many different movies out of the original idea that they're playing it out.

I used to love the original Scooby Doo. Sometimes I feel like they've made so many different movies out of the original idea that they're playing it out.

I used to watch Scooby DOo cartoon growing up!

Kids I babysit still LOVE this movie! Also, wasn't this like one of Isla Fisher's first films? Hahaha.

I grew up watching Scooby Doo, and of course I've seen this film as well, multiple times, but it has been so long since the last time I can't really rank it.