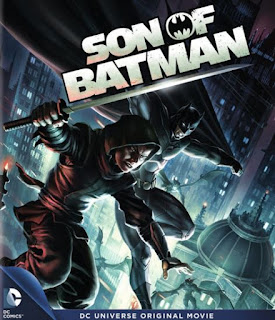 While they've had bad ones before, most of the movies in the DC Universe Animated Original Movies series have been pretty darn good. One of the reasons I like them so much is that the main movies on DC superheroes never go past much of the origin story-lines. This one is based on 2006's Batman and Son, which features a story-line where Bruce meets the son he never knew existed. Batman having a kid is certainly not in every Dark Knight story. 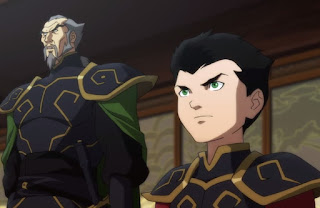 The story begins with a normal day at the League of Assassians, where Ra's al Ghul tells his grandson Damian Wayne of his future and what he's in line to inherit. While he's just a kid, he's very grown-up in many ways. He's a skilled warrior capable of defeating the strongest men in the world. However the League is attacked, and Damien's mother Talia al Ghul takes him to Gotham City to meet his father for the very first time. 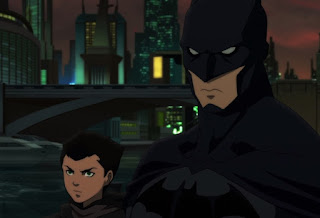 Except Batman (Bruce Wayne) had no idea that Talia had gotten pregnant after their romantic past. She leaves the two of them alone to bond and to keep Damian safe from their enemies. Batman has a hard time keeping Damian under control, as he's far too much like his maternal grandfather for his own good. Damian wants revenge on Deathstroke (Slade Wilson) and it's up to Batman to stop his son from making the mistake of his life. 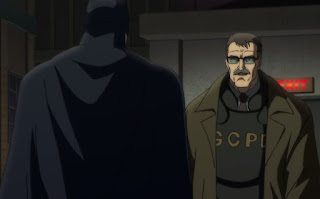 Is Son of Batman the greatest in this line of animated movies? Not even close, but I did like it. While I didn't read Batman and Son, I heard the differences between it and Son of Batman. It's understandable for them to have omitted characters from the comic, but they actually changed the major antagonist of the story to Slade Wilson who wasn't in the original story. Leaving a story that obviously much different and not very epic at all.

thanks for grading this movie

I didn't know Batman had a son in any storyline.

I haven't heard of that one. Sounds interesting.

Ooh I'll have to tell Military Husband about this!

Batman had a son - who would've knew...certainly not me