Fact of the Day: Australian Generation 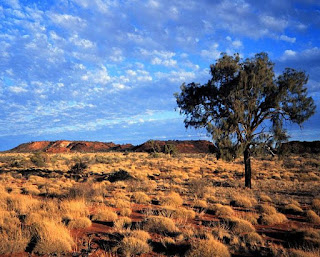 Between 1905-1969, Australian Federal and State governments along with Christian missionary groups took Aboriginal children (especially among children with mixed European ancestry) from their families and forced them into foster care. This was eventually called the Stolen Generations as they were separated from the culture and religion of their people. The affects were horrible, and eventually led calls for an official apology from the government. Prime Minister Kevin Rudd apologized to indigenous Australians for the acts in 2007.
Posted by Adam at 12:00 AM

Email ThisBlogThis!Share to TwitterShare to FacebookShare to Pinterest
Labels: australia, fact of the day

This is a fact but it has it's "good" points and the "bad" points.
You tread with trepidation on this matter, it is an on-going "bone" of "ifs, what's, but's, why's".
I recall some Mission stations when I was young - in the 1950's still doing this.
As I say the welfare of the children with education, care and hygiene were of paramount importance.
I honestly Adam really can't explain.
Adam: It is a good fact to put up as it is TRUE.
Colin ( B J Hunnicut)

And that apology was a long time coming! As, Huggybear said, sometimes, it was for the better, but sometimes kids were torn from their families and forced into families away from their siblings. Adam, you should watch "the sapphires" - it's a beautiful look at indigenous Australia, but has an underlying storyline of the Stolen Generation.

I'm thinking too little too late. They may have been placed in better places, but should this have been forced and done without a choice?

Kay - there was really no option at the time as the infant fatality rate was shocking to believe.
I am not trying to make excuses but the various religious bodies seemed to think this was the best option - whether they ALL did the right thing, this is the $64 thousand dollar question???????
I know full well some certainly DIDN'T.

As "fatfreefloozy" ( my goodness what a blog name??)
has said and I looked to see where "FFF" was from, so she knows what she is talking about, there have been some excellent and thought provoking Australian movies made on this very topic. I can't recall having seen "The Sapphires" as mentioned above.
The movie "Australia" with Hugh Jackman and Nicole Kidman does cover this "stolen generation" business exceedingly well.
Colin

Just read some of the comments, so it wasn't a straightforward issue, interesting to learn.

Interesting fact I never heard of before. I guess they thought it was the best thing to do at the time but still sad.
Lisa

Wow, surprising that did it not that long ago, even if for some it may have been best.

We have a similarly shameful history in Canada, where First Nations kids were forced away from their parents and put in residential schools. Like Australia, our federal government has officially apologized for this government policy of forced assimilation and is now trying to deal with the ongoing socioeconomic problems that stem from that ordeal.

The apology did take a long time coming ...

I can remember seeing the film Rabbit-Proof Fence, which was excellent.

I googled Wiki and this is what it said "a 2002 Australian drama film directed by Phillip Noyce based on the book Follow the Rabbit-Proof Fence by Doris Pilkington Garimara. It is loosely based on a true story concerning the author's mother Molly, as well as two other mixed-race Aboriginal girls, who ran away from the Moore River Native Settlement, north of Perth, Western Australia, to return to their Aboriginal families, after being placed there in 1931. The film follows the Aboriginal girls as they walk for nine weeks along 1,500 miles (2,400 km) of the Australian rabbit-proof fence to return to their community at Jigalong, while being pursued by white law enforcement authorities and an Aboriginal tracker.[2]

The soundtrack to the film, called Long Walk Home: Music from the Rabbit-Proof Fence, is by Peter Gabriel. British producer Jeremy Thomas, who has a long connection with Australia, was executive producer of the film, selling it internationally through his sales arm, HanWay Films."

Yes, not only the story but the music that accompanied the film was excellent.

Much like the shameful way we treated our native Americans.

A similar, shameful thing in Canada.

Yes, Stephen...
I guess we all have shameful things in our history...and it's all very sad.