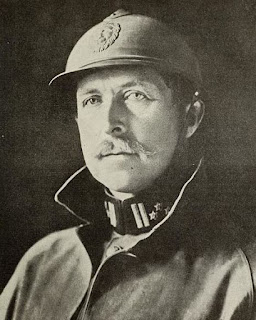 King Albert I of Belgium allied himself against Germany during World War I. The life of Belgians were not good during the war because of Germans occupying most of their lands. Albert I fought in the Belgian army often being harm's way like a common soldier. His wife Queen Elisabeth worked as a nurse during the war.
Posted by Adam at 12:59 AM

All helped each other.

Certainly not in the same class as his granddad - Leopold 1 who was the dynasty maker of the European Royal Houses, but Albert was a real Liberal King. A king really of and importantly FOR his people.
B J Hunnicut aka Colin

A very admirable king IMO:) He reminds me Ryan Gosling a bit.

Too bad no one in power is like him these days

Both of them doing good things.

But...could he make a decent waffle?

But...could he make a decent waffle?

Interesting that this king led by example. A rarity.