Fact of the Day: Pedro II 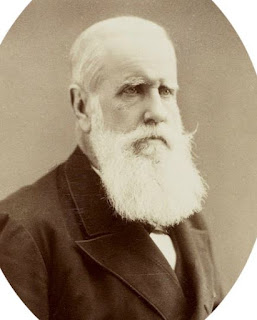 Pedro II was the 2nd and last Emperor of Brazil. His biggest triumph in his reign was the abolition of slavery in Brazil. His monarchy came to a end when a unexpected coup (by a group of military leaders) ousted him from power. By this time he was tired of the leadership and was very unemotional about it. He later said "If it is so, it will be my retirement. I have worked too hard and I am tired. I will go rest then." before he was sent in exile in Europe.
Posted by Adam at 12:00 AM

Email ThisBlogThis!Share to TwitterShare to FacebookShare to Pinterest
Labels: Brazil

He reigned for a very long time and was referred to as one of the greatest Brazilians of all time.
Just Wikipedia him - very interesting person and a person who was magnanimous to his people.
A few Pedro, the 2nd, are needed these troubled times.
B J Hunnicut aka Colin

Sounds like he was ready for retirement, even if forced

Glad he got to keep his head. Other deposed leaders weren't so lucky.

glad he got to enjoy a few yrs of retirement....we all deserve THAT..:)