Fact of the Day: Skanderbeg 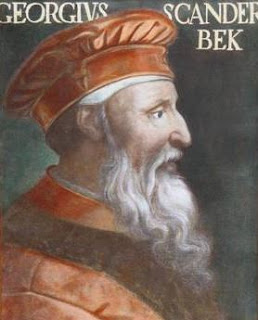 Email ThisBlogThis!Share to TwitterShare to FacebookShare to Pinterest
Labels: Albania, fact of the day, turkey

I had no idea Albania had national heroes.

I know absolutely nothing of all this...guess I've forgotten my high school history classes...

A nice way to be remembered.