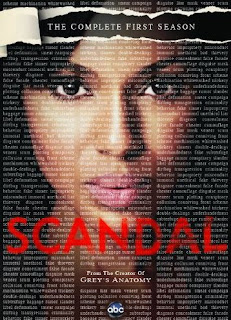 The TV show Scandal from ABC has been out since 2012, but I just started the series. I had heard a little bit about it since then, but I only knew it was some of kind of political drama involving a fictional President of the United States of America and some woman. I had heard many good things about the show, but I'm always skeptical on if a show really will be as great as they claim. I also believe this is the first thing I've seen with actress Kerry Washington in a major role. 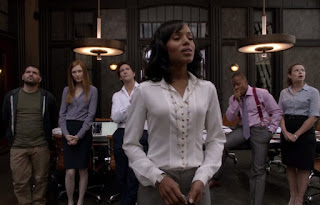 The show is about Olivia Pope, who is a lawyer who spends very little time in the court-room. She considers herself a "crisis manager" who helps people and companies against big scandals. She has a team of experts who all contribute something different to a case. The first we get to see is a man named Lieutenant Sully St. James who asks Olivia Pope for her help. His girlfriend had been murdered and all fingers are pointing at him. Olivia Pope has a "gut feeling" that is rarely wrong, and believes him. She agrees to help the war-hero prove his innocence to the world. 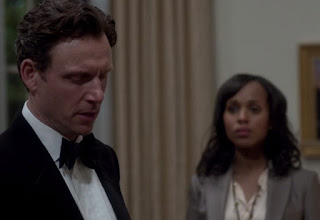 One of the reasons why Olivia Pope is so famous was in her work getting Governor Fitzgerald Grant elected as President of the United States. Sometime into his presidency, Olivia Pope left the White House to work elsewhere in the Washington D.C. area for an unknown reason. Despite this, she ends up meeting President Fitzgerald Grant again who pleads for her help. If she refuses, President Grant will most likely not be president anymore. But it may take her some time as she is very bitter against him for a previous mistake. 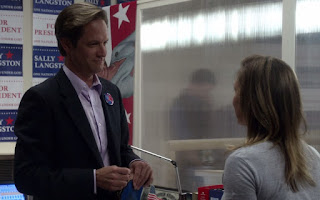 Overall I liked Scandal, but I didn't love the show yet. The first seasons is very short compared to most shows (and from what I understand the next seasons) so it doesn't take very long to finish the story. Kerry Washington is really excellent as her character Olivia Pope but she certainly over-shadows the rest of her team much like Dr. Gregory House on the TV series House. I also found it funny on how much I liked President Grant, given that he is a Republican. A reasonable moderate like that probably will never be nominated by the GOP ever again, instead they keep picking far-right extremists like the fictional Grant's Vice President Sally Langston. I won't start the second season right away, but I expect good things from it.

I've heard much about the show, but I am yet to see it. Warm greetings!

Sounds great, never heard about this one, actually!

Mrs. Chatterbox watches this show but so far I haven't gotten into it.

I've heard about but it doesn't really appeal to me.

I haven't got to watch it yet but hope to soon