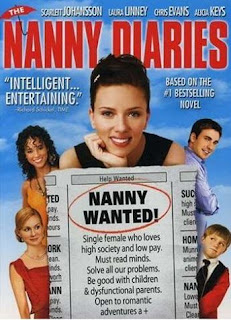 The Nanny Diaries was a movie I had no idea existed until not long ago. The only reason I gave it any consideration was because of its star Scarlett Johansson. I was also surprised to see Chris Evans in this movie too. Both would later have major roles in the Avengers-related movies with Chris Evans as Captain America and Scarlett Johansson as Black Widow. I later learned that the pair are very good friends and have appeared in more movies than I realized together. But there are no super-heroes in the movie, but rather it's based on a book about a nanny on the Upper East Side of Manhattan. The novel was apparently good enough to make a movie on, but is the film any good? 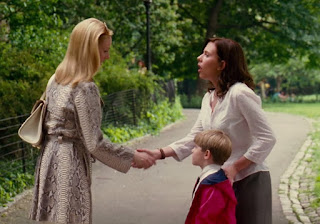 The movie is about the recent college grad Annie Braddock who moves to New York to learn "who she is" and also to get a new job. She freaks at a job interview and runs out of the office. She stumbles to the park where she accidentally runs into a woman named Alexandra and her son Grayer. She tells her that her name is Annie but Alexandra thinks she said "nanny". She says she lost her nanny because she got married, and offers Annie the job. Alexandra makes it seem like this will be Annie's dream job, but Annie certainly never expected what would come shortly after she moves in to be a full-time babysitter. 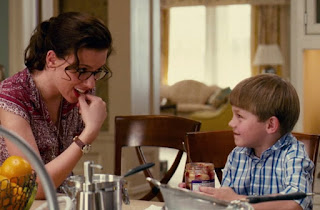 She finds out that Grayer is a little brat, and that his mother never mothers but leaves Annie to govern his life with a strict set of rules and diets. Grayer eventually starts to like his nanny, but Annie can see that part of his issues is having two parents that are mostly out of the picture. His father is always "working" and his mother doesn't have a job but never seems to have time for her son. And she expects Annie to have very few days (or even hours off) and forbids Annie from having a boyfriend. Which becomes difficult when the guy who lives upstairs likes Annie a lot and does everything in his power to get a single date out of her. Annie also keeps the fact that she's a nanny secret from her mother who wants to visit. 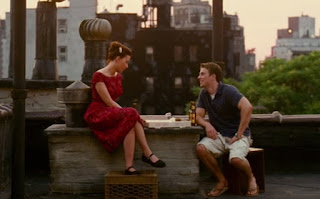 The Nanny Diaries was better than I expected but it was still full of flaws. Laura Linney does her part as Alexandra well but the character is often so inhuman you don't feel much sympathy for her when the story gets to her "misery". Critics back in 2007 were unimpressed at best with the movie, and I don't really blame them. I think I'm a little more forgiving because I really like Scarlett Johansson and she has great chemistry with Chris Evans. Though I do find it funny when movies based on novels don't live up to their full potential but since I didn't read the book I can't really tell you what they did wrong with this one. Though I will say the movie gets better with time and I was very happy on the way it ended.

Like you, I have never heard of this film either. Not that I'd have found time to see it. There are many films I have the desire to watch, but never get around to them.

I have no idea that this movie exists. I probably will watch this today, cause I look for a interesting movie.

I love that Scarlett plays in it! I never heard about this movie, but it sounds great.

I tend to stay away from all movies with the word "Diaries" in the title.

Omg! I love this movie! ScarJo is adorable in it!

I'm a fan of all three of those actors! I should watch this movie no matter how bad it is!