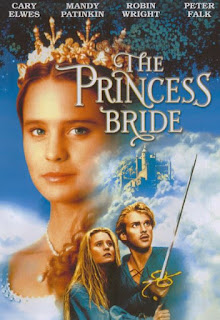 I had heard of The Princess Bride for many years, but I didn't know more than a little about it. Many movies are about princesses, so I often ignore them. But then I noticed Robin Wright was in it, and so was Cary Elwes who I fondly remember as Robin Hood in Mel Brooks' Robin Hood: Men in Tights. As I watched I realized that the movie is the basis of a few internet memes especially concerning the character of Inigo Montoya. Once I realized that, I figured it was probably going to be a really good movie. And boy was I right! 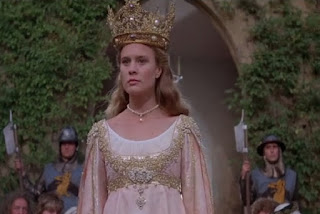 The story is about a woman named Buttercup. She originally ignores a farm-boy named Westley who loves her, and she eventually falls for him. Westley was too poor to marry her so he promised to return to her by the time he is a rich man. Though her heart breaks when she hears a rumor that he was killed at sea. Prince Humperdinck offer his hand in marriage to Buttercup even though she is technically a common-woman without any noble lineage. She is set to become a real princess and even is called one before the wedding takes place. However before the wedding she is captured and sent on a boat. 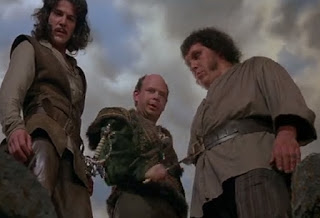 The mastermind of the plan is a genius named Vizzini who wants to cause a war between nations. The first of his companions is Inigo Montoya, a Spaniard with amazing sword skills and a quest for vengeance. The other is Fezzik a giant of a man who is certainly the muscle of the group though he doesn't appear to be very smart. Their plan nearly goes flawless until they notice a strange ship following them. A mysterious man goes after them and each man must stop him from rescuing Buttercup. Regardless of who becomes the victor of these battles, the royal Prince will be close by to save his bride and take her back to the castle. 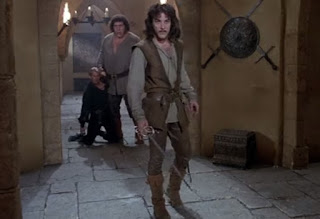 I can't believe I waited decades to see this one. It's very funny, extremely clever, and never really dulls you. It's based on a book and they let the author write the screenplay (something Hollywood stupidly doesn't do much) so I suppose it's not that surprising. I was also surprised to see how different (in a good way) Robin Wright looks in this movie. I've seen her in recent things like as Claire Underwood in House of Cards, but Forrest Gump (where she played Jenny Curran) wasn't that many years after this movie. I can see why it's created so many fans over the years, and it's very family-friendly as well.

Loved the book, and loved the movie!

I liked the movie too.

Gosh... I haven't seen this movie in ages. I'll have to look it up again.

The movie was a hoot! I've seen it several times, Adam.

I saw this movie when it first came out and loved it!