Fact of the Day: Mason Morgan 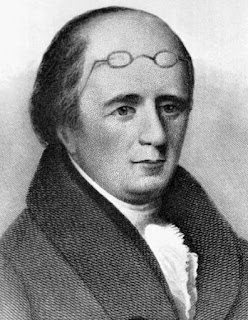 William Morgan was a resident of New York who was going to publish a book which would tell all the secrets of the fraternal society of Freemasons. He was then put on trial for a crime he probably didn't commit. Shortly afterwards he disappeared forever, and many suspected he was murdered. The Anti-Masonic Party was founded shortly afterwards and even ran candidates for President. But a decade later the party dissolved and merged into the Whig Party.
Posted by Adam at 12:00 AM

The "Past" has many secrets unresolved, but I am more concerned with the present US Political situation as is the rest of the Western and Eastern Worlds.
Trump, the demented, and Ted Cruz and his Piranha VP selection, Carly Fiorino.
I suggest Americans do some checking on this VP, she is clever, manipulative and self serving.
US workers in a company she is CEO being sacked and the jobs being given to the "Sweat Box" workers of the P.R.C. for maximum profits for the shareholders???
However she is brighter than the McCain VP selection of the uneducated Sarah Palin, the Darling of the Tea Party fanatics, who thinks she may get a cabinet position in a Trump team !!!
God help the USA, but I think God has given up on stupidity.
B J Hunnicut aka Colin

Well, I never did.

The masons were once a powerful, powerful group.

Perhaps he should have been more cautious. People qill do anything to protect their power, even commit murder.

My husband, who just had his 82nd birthday has spent the last 2 years becoming a Freemason...a HUGE accomplishment as most of it is memorizing and retaining...I am so proud of him. They are checking now, but his group thinks he may well be the oldest man in Texas to become a Freemason. 3 Cheers for him....