Fact of the Day: Native Immunity 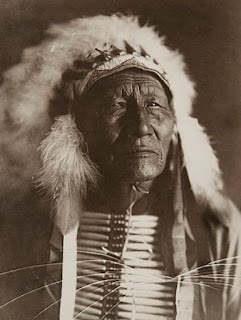 Oh yes, all the diseases they were not among until!

The western world's diseases capitalism and alcoholism also made their entry, and not only in America, infecting and killing (lives of) native Africans and Aboriginals in Australia as well. Up to the present day!

Alcohol is the biggest problem in Australia with the Aboriginal people and it is a concern that seems to have no answer for.
But apparently there were roots and other native fibres (leaves) which were alcoholic in substance.
I can't see what Capitalism has to do with it the "killing" of native people, socialism could be, if so, classified as an equal EVIL????
The traditional drink of the Fijian people is KAVA - try that for the headache you will not forget for some time.
B J Hunnicut aka Colin

Yes, those diseases were devastating!

That screwed them more than anything, crummy germs

And of course, some white authorities distributed blankets deliberately infected with smallpox.

Aren't you forgetting something???
Colin