Fact of the Day: Parsi 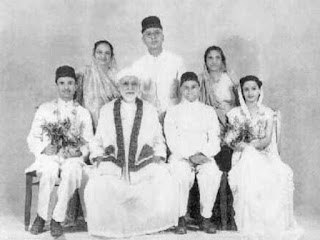 Zoroastrianism is one of the world's oldest religions and was once the majority religion in Persia (Iran) for centuries. After Muslims conquered Persia, the religion greatly declined. Many of the old faith left and settled in India becoming known as the Parsi (Persian) people. More recent settlers of the Zoroastrianism faith in India are known as the Irani people.
Posted by Adam at 12:00 AM

Email ThisBlogThis!Share to TwitterShare to FacebookShare to Pinterest
Labels: fact of the day, India, iran, islam

Interesting, I didn't know that.

Certainly a mouthful!
I wonder was Zoro a disciple??
Colin

Believe it or not I kind of new that from watching a real ridiculous realty show. See, they could be educational!!! Lol

Interesting. I know a few Persian people in Totonto.

I've never even heard of this religion...I am so sheltered..LOL

I didn't know that. Interesting!