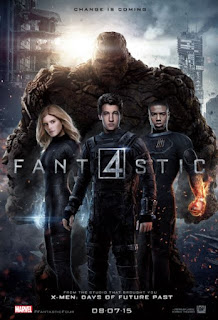 While the super-hero team The Avengers are more famous now, Marvel's earliest (I think) superhero team was the Fantastic Four mainly because all four heroes got their powers at the same time caused by the same event. A decade before this film was the original theatrical Fantastic Four movie which I thought was decent. I wasn't too hopeful for this one though, as I didn't like how the characters are quite a bit younger than they are typically. And the cast had some questionable choices. I've never really liked Miles Teller as I remember him as the douchebag from the Divergent movies. This is also one of the few Marvel movies that exists outside the Avengers-movie universe. Did this one disappoint fans like the first one? 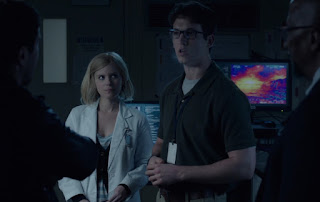 The story starts with Reed Richards as a kid who wants to teleport things using a machine in his garage. His teachers think he's floating in the clouds, his parents don't get it, and the only person who seems interested is his best friend Ben Grimm. As they get older, they build a machine to do so which catches the eye of Dr. Franklin Storm and his daughter Susan Storm. Reed Richards is asked to help them build the real deal with a world-class laboratory to make it. Despite using things he just came across, he's done more at home than they ever hoped. They see him as the key to find out where and how teleportation works. But Reed Richards will need a good team and more than just brains to make it all work. 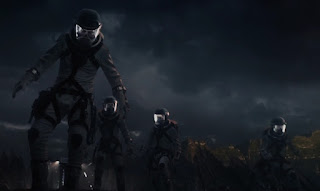 The other side of the coin is Victor von Doom who came up with the idea first but could never figured out how to make it work. Once they get the machine working they realize that can reach a new dimension nobody has even dreamed of before. Drunk and bitter, they use the machine to put their names in the history books instead of NASA astronauts who were originally going to be the first  people to do so. They reach this new Earth, but something goes wrong. Victor von Doom seems to perish in the chaos while the others barely make it back to the real Earth. When they wake up they'll realize that they all have different types of powers. All of them basically want to go back to normal, but fate seems to want a different story. 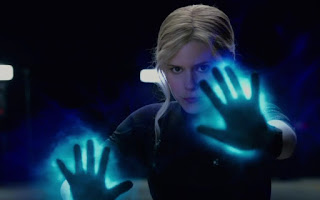 Fantastic Four was about as dreadful as I expected. The Fantastic Four were never the greatest Marvel heroes and this may go to prove my point as they can't seem to get any movie right. The story goes through the origin of the team again and they take forever getting this over with. The movie also has a mundane plot, and bad acting with a lot of overly-dramatic moments and characters you can never seem to love. It's also really gloomy and humorless, too bad not one of their powers was to brighten the mood. No wonder the main bad guy is giant cynic of the world. Like Spider-Man, they really need to let the Fantastic Four go to the guys behind the Avengers-related movies. If they can't make a good Fantastic Four, then nobody can or will

only D+? I actually enjoyed this one very much. I love superhero movies!

Not my type of movie but thanks for sharing your thought!

These are not my sort of movies - but they are very popular with some!

Ahhh this isn't produced by Marvel Studios. Fantastic Four is owned by 20th Century Fox, as are the XMen. Long story but they acquired the rights years ago when Marvel was going bankrupt. Fox RUINED this movie. I'm not a fan of what they did with the XMen either (two hours of Cyclops arguing with Wolverine??? Snore). I think Marvel is getting them back tho, but I hope they don't do any more movies really. I have a lot of hope for Spiderman though. Tom Holland is really good and finally, Spiderman is out of the evil clutches of Sony and back in the hands of Marvel Studios where it belonged.

I try to avoid all superhero flicks, this one included.

That is 4 times and 4 times it was a Fantastic fail. Maybe their 5th attempt will get it right.

I watched the original 2 movies and the scripts for them were pure crap. Just compare what Chris Evans had to work with in those movies compared with Captain America. No wonder it's Captain America and the Avengers that made him a mega-star.