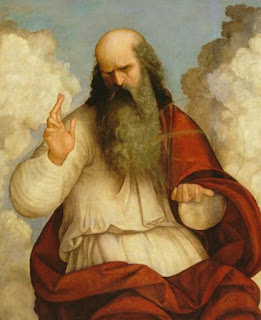 "The idea that God is an over-sized white male with a flowing beard who sits in the sky and tallies the fall of every sparrow is ludicrous. But if by God one means the set of physical laws that govern the universe, then clearly there is such a God. This God is emotionally unsatisfying... it does not make much sense to pray to the law of gravity."
-Carl Sagan

Now this one might be a little controversial for some of you, but I think this quote by the scientist Carl Sagan describes one of the reasons why I drifted to being an agnostic much closer to atheism than deism. I went to a Methodist church in my childhood, so I've always been familiar with the God of the Bible and its stories. If one god exists, does he really care about random people worshiping him? I'd figure that would get old after awhile and I'm just a human not a deity. And sending his "children" to eternal doom and gloom for the mere lack of belief? That's a bit drastic... In the Old Testament God has a short patience and murders people for shallow reasons because of their "sin". If God is real, is he really a vindictive and petty jerk? I would assume anyone who could create planets and galaxies would have a more liberal temperament.
Posted by Adam at 12:00 PM

I guess you are right!

Most of the world's religions were formed by iron-age people who didn't know where the sun went at night. Christianity is a wonderful story but it's obviously a two thousand year old embellishment over something that never happened. I'm a firm believer in spirituality and I'm desperately trying to connect with something greater than myself, but fantasies for childish minds doesn't work for me.

I was raised Mormon. But my mom's parents were Baptist so I went to that church with them as well. When I got old enough to decide for myself I decided I was Agnostic.

As you probably already know I believe in God and can't imagine living a day without Him. Jesus came to die on the cross to save us from sin and hell, not to send us there. Don't want to get in an argument here, just stating my beliefs. : )

It saddens me to think someone does not believe God is real.
Lisa

A person's religious leanings are their own business.
As long as they don't try to RAM their beliefs down other people's throats, especially mine.
I'm a Catholic and have a giggle at some of the funnies said about the Pope and the Vatican, but these comments are never spiteful, but then again the friends who come up with these "witty ditties" I know well. Well we can't talk sport,
Aussie politics and World events all the time in the Bistro Club bar - ha ha.

As for dying on the cross to save "the believers", well it is a nice story - believe it if you like, who really cares?
Then you read of the wedding feast story - changing water into wine. Well pray as hard as I can, Jesus refuses to make a lemon cordial for me into a "Singapore Sling", mint leaves in tonic never changes into a "Mint Julep", and as for having a double shot of Glennfiddich 20 year old scotch into my iced glass of water, I get no bloody co-operation from "He from Above".
I say my prayers when I think of it, and ask the more than likely impossible.
I do pray for sense to prevail in countries but I point blank will never waste "God's time" with the Trumps of this World.
Presently,"IF God" is listening I am praying that the US Electorate is sensible come final voting day.
B J Hunnicut aka Colin

I could not get thru the day, much less my life, without my God and Jesus Christ.
I, too, don't want to start an argument over this...I am declaring my belief and trust in my Heavenly Father...

People are free to believe whatever they want as long as they don't impose/force those views on others, or threaten anyone. When people stay on their side of the fence about their beliefs/non-beliefs, I don't see any reason for an argument.

I think there are higher powers or power than us, but all the mumbo jumbo in religions are nothing but stories, imo. When you go around killing people in the name of your god because they don't believe, pfft is all it gets. The only reason Greek mythology is called myth and some other religion is called religion as Zeus wasn't rammed down everyones throat with a believe or die mentality to the masses.

I'm with you, but I also believe that everybody should be allowed to believe as they do and should be treated respectfully. I would like to do unto others kindly and hope they do the same.

Not controversial at all. I'm with The Cat.

I agree. I'm not very hopeful though.