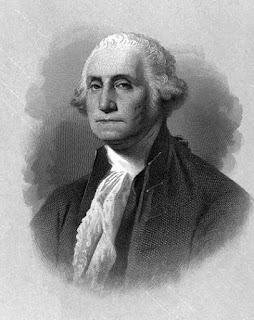 "Liberty, when it begins to take root, is a plant of rapid growth."
- George Washington

One thing I'm proud of America for is that since the founding of our nation, we've stressed the liberty issue very well. Now politicians and governments from 1776 to today have been very hypocritical about it, but it's been a founding idea. For the Western World liberty has been (I think) the key to our success. Lands ruled by dictators never amount to much. The world would be a much better place if every country had a true (even if flawed) democracy with civil liberties for all its citizens.
Posted by Adam at 12:00 PM

An interesting fact: two democracies have never waged war against each other.

Hmmmmmmmmmm!!
Some Democracies are quite questionable in theory and practice.
Would the USA be considered to be a Democracy under a Trump Presidency by the Western World Democracies???
Well ????
A Cruz Presidency with that now declared VP might also
come under close scrutiny!!!
I think a lot of checking should be done on the Cruz selected VP. A great deal - get the message???
B J Hunnicut aka Colin