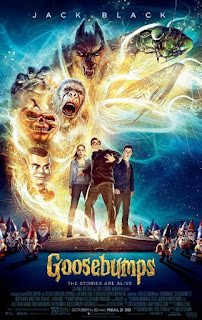 Goosebumps was a book series I read a lot of when I was little. R.L. Stein was such a prolific author that the book series is often just too difficult for anyone to really read and keep up with them all. I also remember the TV series which was pretty good though they were mostly based on his best work. His work was always like Stephen King but for an audience not quite grown up yet. When I first heard of the 2015 movie with Jack Black I was a little shocked. I haven't read a Goosebumps book in many years and I hadn't thought about it in a long time either. But the reviews seemed to be good so I was excited to eventually see it. Does is do the Goosebumps book series justice or is it just too silly for its own good? 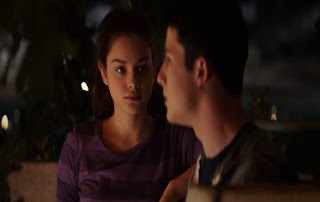 The story begins with a teenager named Zachary Cooper who moves to a new town with his mom awhile after the death of his father. He thinks the town of Madison, Delaware is as boring as can be. That's until he meets Hannah who lives near him. He thinks she's cute but her father Mr. Shivers tries to scare Zachary away. He's very creepy but Zach's crush on Hannah has him trying to be a hero in a story that never needed one. When he tries to help Hannah, he opens a book in Hannah's home and a giant monster escapes from it. So they try their best to fix their situation and save the town of Madison, Delaware from Zachary's mistake. While they are moderately successful, Hannah's dad ends up meeting with them and trying to address the issue of getting the monsters back in their books. Hannah's dad Mr. Shivers reveals himself to be R.L. Stein, the famous author of the Goosebumps books. The book Zachary opened was magical and because of its carnage it releases even more magical books onto the world. R.L. Stein is almost able to undo the damage until his old pal (now-nemesis) Slappy the Evil Dummy realizes that he no longer wants to be locked up in those books for eternity. He leads the monsters into a war against the Stein, and the author will need help from Hannah and Zach if they have any hope of saving the town. But with the evil dummy based so much on Stein's intelligence and personality, will they able to stop someone who can think so much like him? 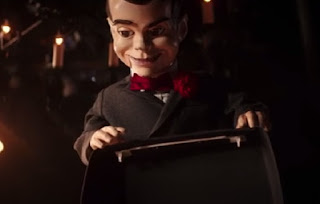 Overall the Goosebumps movie was about as good I had expected. It's a neat story that brings back the nostalgia of Goosebumps books from my childhood. Jack Black was a really good choice for R.L. Stein, though I'm sure the real life guy is not nearly as kooky. I was really indifferent towards the character of Zachary, but I liked Hannah and her actress (Odeya Rush) quite a bit. I hear a sequel may be in the works and I hope they good a good job with it. I just hope the next one doesn't have a very deja vu feel but the story is fairly original from what I expected so maybe not. Anyway this one shouldn't really let down any of the old Goosebumps fans.

I thought this movie was cute!!

My kids loved those books AND the movie. Hope you and Daisy have a great Memorial Day weekend.