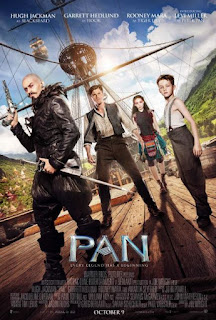 I remember seeing the trailer for Pan (based on the works of Peter Pan) back in 2015 or 2014 I think. It actually looked very promising and the special effects looked really superb. Then critic reviews came out and they were not very good at all. It only did slightly better with regular people, but that's just the few that saw it in theaters. It flopped very bad at the box office and considering its large budget I don't think we'll ever see a sequel even if it was a hit with critics. But can Pan really be that awful or is it just okay? Prequels are often terrible or at least disappointing, but where did this go wrong? 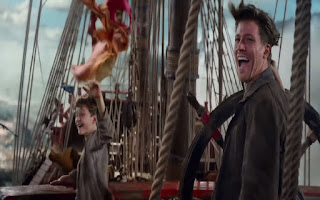 This Peter Pan story is set during World War 2 in Great Britain. Peter Pan was left at the orphanage by his mother and he's raised by the Catholic nuns (including one very evil one) who don't like him very much. One day Peter and most of his orphan friends are taken aboard a flying ship and are taken to a place called Neverland. Peter gets himself in a bit of trouble as he's told to work the mines, so a miner named James and his friend Smee decided to help him escape. James is hoping to get off the island and return to the real world even though he doesn't have anybody to return to. Peter believes his mother is there in Neverland and refuses to leave until they find his mother. 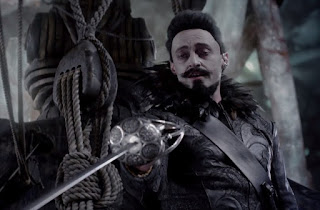 While Neverland is quite magical, there is a war between the evil Blackbeard (plus his people) and the natives who live in the forests and jungles of Neverland. He sees Peter fly after sending him down to his doom (to Peter's surprise) and realizes that he is the boy that was foretold by prophecy to lead a rebellion against him. He tries to hunt down Peter before he finds the natives who will most likely help the future-hero. But if Peter makes it, then Blackbeard will escalate the war between the two sides where there will be either ultimate victory or absolute defeat for the two forces. There will be no middle ground to speak of. 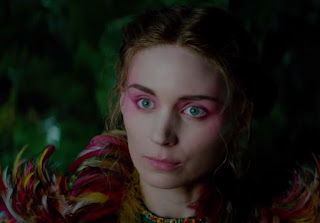 At first Pan didn't seem to be as bad as I heard, but the further along it goes the more boring it gets. The battles aren't really epic, and if you look closely a lot of it doesn't make much sense at all. One of the things that bothered me was that Blackbeard had plenty of chances to kill Peter Pan but never does despite knowing who the prophecy said he was. There's also not much complexity to the character, as he's just some one-dimensional evil guy. There was also some controversy over Rooney Mara (who's Caucasian) playing Tiger Lily who's typically always been Native American. She's very likable, and very beautiful with the costumes and eye-shadow, but when she starts talking about her tribe and whatnot, you certainly feel like she was miscast. They should have given the role to someone who was Native American or Hispanic. It's not a horrible movie, but not a very good one either.

I guess I'm a bit fatigued with this story.

I never saw this, but I've never been a huge Peter Pan fan.

I never saw it but then I've never liked that storyline. When the Peter Pan story line came to Once Upon A Time I dreaded it.

I would have to be chained to a chair and my eyes pried open
to watch this "junk" of fanciful and killing nonsense.
I can see neither enjoyment for the kids nor education value.
Utter rubbish.
B J Hunnicut aka Colin

All of us like different things...and different kinds of movies...I loved Peter Pan but not this movie...

Well, I for one, hate this rebooted remade reimagined piece of you know what. But maybe I don't know quality when it's staring me in the face :p

I wanted to like this one, but ended up falling asleep not even halfway through.