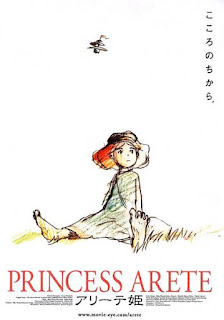 I had noticed Princess Arete about a year or two ago but I always delayed watching it. It seemed to be like a Hayao Miyazaki movie (he makes films on par with Pixar) but I didn't think it was one of his. I was right, and unlike his movies Princess Arete didn't get a A+ cast of famous celebrities to do the English voice-acting. They didn't even get a cast of English voice actors at all. I know a little Japanese so I don't mind listening in its original language with English subtitles, but I know that can be a deal-breaker for some. It's been many years since Princess Arete came out in Japan, is it any good all these years later? 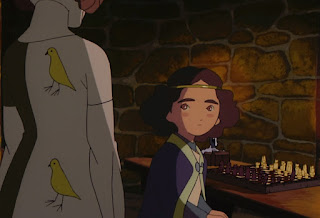 The story is set in a fictional world that seems to be inspired by medieval Europe, not ancient Japan. The King's Queen died, but their daughter Princess Arete is his only heir. Life for the young princess is not very happy. She spends time isolated in a tower while many knights try to prove themselves to be a worthy future-husband. Even though it will be many years until she's ready to marry, she could be an old maid by the time she is impressed by any of them. She finds out that one knight is a thief, and another is a liar. Not someone worthy of ruling a kingdom with her once she grows up and her father passes away. 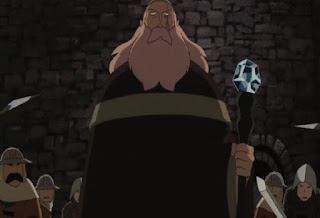 One day a wizard named Boax arrives to speak with the King at his castle. He impresses the King by transforming Arete into a more proper (and much older) princess using his magic. He takes Arete to his not-so-great castle and keeps her isolated which leaves her unhappy. Turns out that he didn't want Arete's heart, or even the royal throne her father sits on. He read a prophecy that he believes means that Arete will one day take away his eternal youth and he is determined to keep his immortality. It's up to Princess Arete to escape Boax and return to her home. 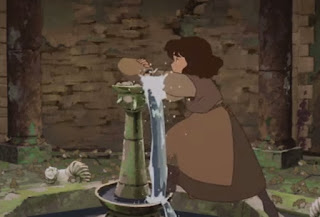 I thought Princess Arete was very disappointing and a joke compared to the films of Hayao Miyazaki. The story is a little depressing, and the pace of the film moves so slow that ends up being a very dull and boring movie. The story also has some points where they don't make much sense at all, and it makes more sense towards the end but not in way where it's ingenious or brilliant. It's not that bad of a movie, but it will never amaze anyone who doesn't like or has never seen "anime" movies. And it will most likely bore and be forgotten by those who often do like anime movies. Critics weren't exactly impressed with this one back in 2001 either.

I hadn't even heard of this, but now I guess I can see why. I'm not a HUGE fan of Miyazaki but I respect him as an author and filmmaker...it's not surprising something meant to rival him fell so flat.

I remember this but wasn't compelled enough to see it.