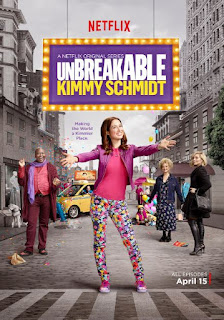 Unbreakable Kimmy Schmidt was one of Netflix's newest original series that came out in spring of last year. It was one of my favorite shows of last year next to Game of Thrones. It took me until about October of last year to watch it, but my wife and I were very impressed with the first season. It was created by the same team behind 30 Rock which I never watched but I heard it was pretty darn good. In the first season Kimmy Schmidt escaped the doomsday cult she was trapped in for 15 years and moved to New York City. She made friends and foes along the way, but she's finally established a life there. But what's next for Kimmy? Does her super-positive personality and wacky antics still delight and humor us all? Does the 2nd season of the show outshine the first? 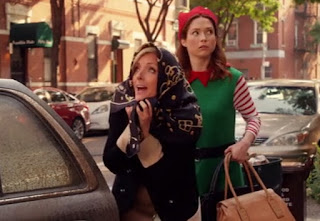 The 2nd season starts a little bit after the events of the 1st season. Kimmy's still trying to deal with the fact that her almost-boyfriend got married to some old lady just to avoid going back to his home in Vietnam. Kimmy's old boss Jacqueline divorced her husband and went to reconnect with her Native American parents. But after feeling like too much of a misfit at her old home, she decides to return to New York City. Except without her husband, she's not nearly as rich as she had been before especially in comparison to her still-married friends. As such Kimmy no longer works for her, instead she works at a place with an all-year Christmas theme. Though she still tries to help Jacqueline as a friend in her troubles as she'll have a hard time adjusting to her life. 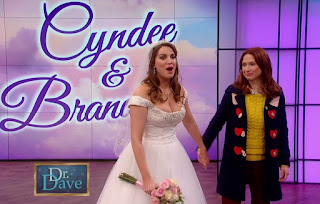 Kimmy's room-mate and friend Titus Andromedon is trying to avoid his ex-wife as he married her under his real name Ronald Wilkerson. He thought his new life would avoid his past, but it has come back to meet him. Thanks to Kimmy, Reverend Richard Wayne Gary Wayne is now in prison, but her old friends from the cult still appear in Kimmy's life. She has to try to stop Gretchen from joining a similar faux-religious group. Her old best friend Cyndee wants to marry a man named Brandon in a love-less marriage. So Kimmy goes out of her way (despite their conflicts) to prevent her friends from ruining their lives again. But Kimmy will also have to fix her own life and find her own answers about her past. 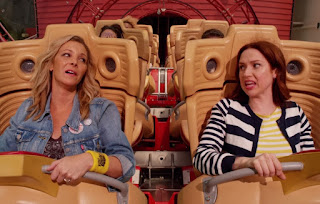 While I thought the first season was utterly fantastic, I thought the 2nd season was not nearly as good. I think it's because Kimmy is so used to New York City life now, as she no longer seems like she's a fish out of water. Especially as her friends and family are often just as goofy as she is. The first season had a lot of smart-silly humor, but a lot of the comedy in here is often just plain silly. Ellie Kemper is still extremely likable as Kimmy Schmidt, but I hope they have some better stories for her character in the 3rd season. I don't think any fans of the first season will hate it, as it's still a pretty darn good comedy. But I was surprised by how much difference in quality there was between the first and second seasons but that often can be the case for both TV seasons and movie sequels.

I need to find time to see this! It sounds awesome ;)