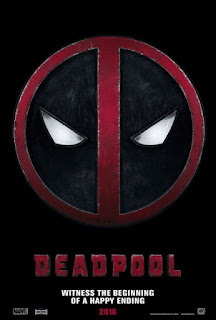 When people think of Marvel they think of heroes like Spider-Man, Captain America, Iron Man, the X-Men, and many others. The one superhero your mom probably doesn't know is Deadpool. One of Marvel's most unusual and super-popular characters is the anti-hero known far more for his silly humor than a serious story of good vs evil. This isn't the first time we've seen Deadpool as Ryan Reynolds was Wade Wilson/Deadpool in the Wolverine Origins movie and fans were not happy with the way his character was turned into some mute monster with god-like powers by the end of the plot. While it's still part of the X-Men movie time-line, they decided to ignore the previous story and reboot the story of Wade Wilson. Ryan Reynolds originally wanted to be Deadpool in his own movie since about 2003, so was it worth the wait after all these years? Even if this was to disappoint, I think all of us can forget about Ryan Reynolds as the Green Lantern. 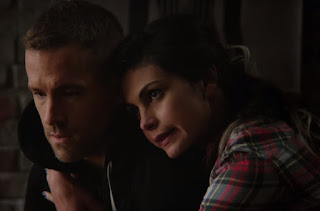 As this movie ignores Wade's past with Wolverine in his origins tale, he's now in the present-decade. He's originally is just some guy who does "mercenary" work which apparently just seems to be being a bully to guys worse than him. He meets a woman named Vanessa who is beautiful and just as weird as Wade Wilson. Their romance is almost unrivaled by any other couple in history, that's until Wade Wilson realizes he has terminal cancer. He leaves Vanessa and learns of a "cure" which leads him to a shady laboratory that looks worse on the inside. It's there that a rather terrible person named Ajax decides to use a serum to turn Wade Wilson into a super-hero. Except they don't expect him to do heroics, but they instead want him to be a tool of evil by the time they're done. And Wade Wilson may live, but he will never be quite the same man he was before. 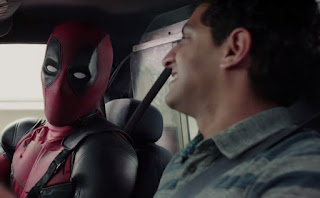 He becomes horribly ugly as a result and escapes from Ajax's torture after he was believed to have died. He comes back from the "dead" with utter vengeance and will stop at nothing until he's happy. He makes his own super-suit and fights plenty of bad guys who have no chance at stopping him as he can heal super-fast. He was apparently offered the chance to become one of the X-Men but he refused. When Charles Xavier's lovable metal giant Colossus learns that Deadpool is not being a "hero" he decides to confront the merc with a mouth along with his trainee Negasonic who just wants to go back to the mutant mansion. Which causes some bumps in the road in Wade Wilson's plan to reunite with his beloved girlfriend Vanessa and totally get his revenge on the totally-villainous Ajax and his comrades. 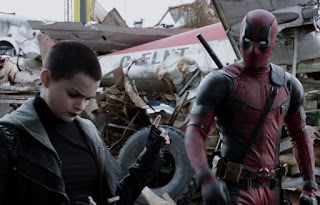 The Deadpool movie was about as I had expected perhaps a little worse. I've always liked the character a lot and it's wonderful how much Ryan Reynolds loves playing the anti-hero Deadpool. You could almost say he was born for the role and it's funny that before he wanted to be Deadpool, the comic version of Deadpool said he looked like Ryan Reynolds under his mask. I also really liked Morena Baccarin as Vanessa, Colossus as the voice of reason, and Negasonic as the girl who just couldn't care less. This is the movie fans wanted and it's obvious they had full creative freedom over the movie. Unlike the Wolverine Origins movie where ideas get ruined when some Hollywood idiot thinks the story needs some artificial drama that drifts far away from the golden comic books from which it's based. I shouldn't have waited so long so see this one, as a lot of the jokes in it (including the Francis one) were ruined by friends and co-workers for me months ago.

Oh, I really liked it, too!

I really disliked this movie. So much hype but it left me disappointed.

I watched it a couple of weeks ago and because of all the hype of how good it was, I was expecting something better than what I got. I thought he was going to be even more sarcastic than he was but for me it was only mildly sarcastic.

It was good, not amazing, but great fun. Just your stereotypical bad guy pretty much. Reynolds makes the movie.

Hmm I agree with you score! I liked the movie. it was pretty funny. But... yeah A- !

I wish to watch some similar movies about superheroes. I almost never watch them.

I watch deadpool and that make me crazy about him. I am became his fan after watching the movie. In 2018 I heard about his new upcoming Hollywood movie Deadpool 2. I already Watch Deadpool 2 online trailer and now its turn to watch full movie.