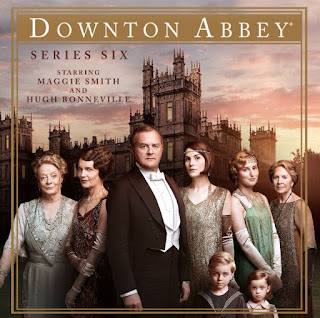 Downton Abbey was a show I originally watched to help ease the wait for the newest season of Game of Thrones especially as I couldn't stand not knowing if Jon Snow was going to be revived from the dead or not. I picked Downton Abbey because I heard it was an amazing show and it certainly deserves most of the praises people give it. This drama about early 20th century British aristocrats and their servants is far more compelling than you'd imagine at first. Luckily both Daisy and I enjoy the series and were more than happy to see the sixth and final season. Even though Daisy really hates it when her favorite shows/movies have their series finale. I often accept the fact especially as I prefer things go out in grace than get cancelled in disgrace. I never like when my favorite TV shows go well beyond their prime. 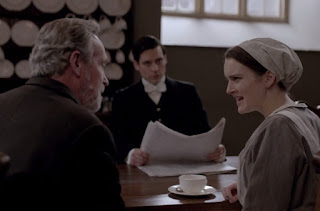 A post-World War I Great Britain is still ever changing for the common people. The staff is starting to feel the strains of the new age of a modern world as well as their lords and ladies. Thomas Barrow is let known that he needs to find a job elsewhere as Lord Grantham wants to cut down on staff and the role of an under-butler is not essential. Daisy Mason fights bitterly after her father-in-law is forced to the leave the farm he attended to once the new owners come by. And Mr. Carson and Mrs. Hughes still try to decide on when to get married. John Bates and his wife Anna struggle trying to get a resolution on Mr. Green's death along with Anna keeps losing babies during a pregnancy even though she keeps trying her best. Mrs. Patmore will get the unwanted surprise of a lifetime once a newspaper story gets the wrong side of the picture. 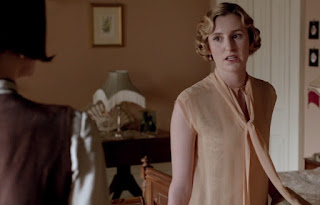 The nobility also have their own issues. Lady Edith is still at a place where she can't decide if she should keep little Marigold's true parentage a secret from her sister Mary. Both sisters will find new love and a lot of heartache to go along with it. The elder Crawleys get into a family feud than nearly turns into a family civil war after much debate on whether the local hospital should be under the control of a much bigger one. The Dowager Countess of Grantham Violet Crawley insists on keeping things the way they are. While her daughter-in-law Cora Crawley believes that a more modern hospital will save countless lives. Lord Robert Crawley just wishes everyone would just agree and just leave him alone on the matter. 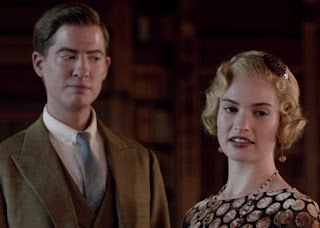 Even though it certainly wasn't the best season, I was happy with the final season of Downton Abbey, I'd rather not spoil things but there is certainly a very "happy" mood for the majority of the characters by the end of the story. While I didn't mind it, it did seem like everyone's luck just magically improved all of a sudden. I always imagined the series' end with Matthew Crawley becoming Earl after Robert's death. But his actor Dan Stevens wanted to leave the show (not out of bitterness but he has apologized to many fans about it) so his character died in the middle of the series so that obviously never happened. I don't really think any fan of the show will be unhappy about the plot of the sixth season.

...and I still haven't watched any of the series, unlike the many fans this series has

This is one series I have not watched, although I may very well do so someday. I was a huge fan of "Upstairs, Downstairs" back in the day which was very similar in theme(s).

I watched it to the end and thought it was a pretty good finale.

Love this show. Haven't seen the last season yet.

The nobility have their issues... Ain't that the truth, Adam, or so I hear. So this drama about early 20th century British aristocrats (and their servants) is... um... compelling?

You are a bit lousy with your scoring. This show is correct in every
aspect - not one aspect of the lifestyle was incorrect.
One of the best TV series every made - the British are excellent
when it comes to anything to do with historical aspects. NO MISTAKES.
Perfection is the aim and Julian Fellows, who is one of the producers and technical advisors, is a perfectionist.
Actually as all character's actors are still well and truly alive.
There are some unfinished stories to come to fruition.
I do think that we may have not seen the last of this period drama.
B J Hunnicut aka Colin

I haven't caught this final season yet, but I have loved the series up to this point. Hopefully, I'll get to start it early next month.