Fact of the Day: Anubis and Osrsis 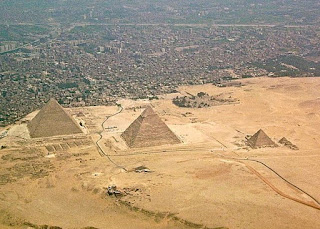 Anubis was an important god in Egyptian mythology. His importance was great when it came to the after-life as he was considered the Lord of the Underworld, he would usher in spirits to the next world, and judge those if they were worthy to enter the after-life. However Anbis' importance faded over the centuries as eventually Osiris became far more important and even replaced him as the Lord of the Underworld.
Posted by Adam at 12:39 AM

Email ThisBlogThis!Share to TwitterShare to FacebookShare to Pinterest
Labels: egypt, fact of the day

That one I knew. Go Stargate.

There's always some young upstart gunning for your job, eh?

I've read that Anubis, the god with the head of a jackal, derived from people spotting wild dogs and jackals digging up bodies buried in the sand.

I guess his importance faded when the newbie came along.

I love Egyptian mythology and this country is amazing and beautiful ! :)