Fact of the Day: Sean Bond 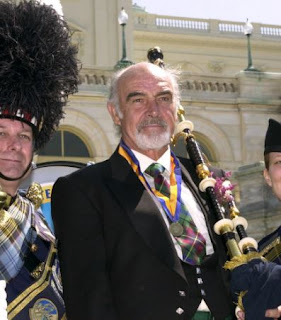 A few years before he became James Bond, Sean Connery was in a movie called Another Time Another Place. His co-star was Lana Turner who was dating a gangster named Johnny Stompanato who was an extremely jealous man. He stormed on the film's set with a gun and confronted Sean Connery. He disarmed Stompanato, and knocked him out. Johnny Stompanato was quickly deported from the United Kingdom afterwards.
Posted by Adam at 12:33 AM

Always liked Sean Connery as James Bond.
I did read about what he did on set.

I love his works

Wow, I didn't know this!

I had never heard that. Good for Sean Connery!

I wasn't aware of this incident.

what a great story, never heard this one.