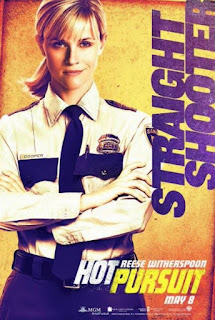 Hot Pursuit is certainly a movie I had some interest in last year. But I wasn't quite sure about it even though I liked the trailer. I wasn't unwise as critics apparently hated this one with a passion. I don't hate or love Reese Witherspoon but I also wanted to see the movie because of Sofia Vergara. I heard it was bad but I just had to see it for myself. I almost forgot that Reese Witherspoon won an Oscar a good while back, so it is certainly funny to see Oscar-winning actors and actresses in roles that are more suitable for alumni of Saturday Night Live. But not all actors and actresses are like Daniel-Day Lewis where they reserve their talents for something they hope is spectacular. But pretty much every actor and actress have their bad movies, Witherspoon certainly had a few I can recall. 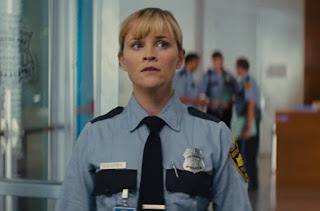 The hero of the story is Rose Cooper whose father was a cop. So when she grew up she followed in his footsteps. She's very intense and serious and acts like she's always on some exciting mission. Except she's mostly got a desk job until her boss asks her on a task to go above and beyond. She learns she must help a pair of witnesses make it to the courthouse to testify against a crime-lord named Vicente Cortez. Except the problem is that nobody can put him behind bars because the key witnesses never last long enough to testify. Luckily for her, a trained U.S. marshal goes along with her to lead the task. Embarrassed by the blunders from her past (like tasering an innocent teenager) she is more than determined to make this mission right and to bring honor back to her father's name who had died a few years before. 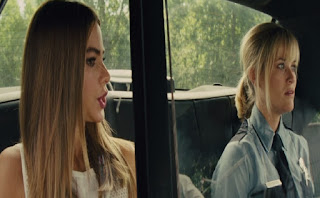 The two witnesses are Felipe Riva and his wife Danielle Riva. Shortly after arriving at their home, assassins arrive to take the couple out. The husband Felipe is murdered along with Rose Cooper's partner. Danielle Riva and Rose Cooper manage to escape and hit the road. They are saved by some of Cooper's co-workers who are quite some distance away from home. Realizing that they are most likely crooked, the two ladies plan a diversion and escape. The bad guys use their on-paper good names to make Rose Cooper look bad and now she has to be on the look-out from everyone. Will they ever make it to Dallas to see that justice is served? 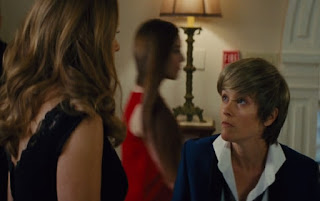 Hot Pursuit is about as bad as I had expected. It's a pure comedy assuming that any of the jokes here are actually funny. I suppose they were aiming for an odd couple scenario between Reese Witherspoon's and Sofia Vergara 's characters but they didn't have much chemistry at all. Their characters are more annoying than anything. Honestly these types of movies never ever get Oscars but there is a lot of room for improvement here and they had decent talented people to work with. I think the only people who'd find this movie good are those who are mentally stuck in middle school as the humor is childish and crude most of the time. Probably not my worst movie of the year, but it certainly came close. I'm really glad that I never went to the theaters to see this one.

This was free on Amazon Prime. I totally didn't bother with it!

I had wanted to see this one too, based on the trailer, but it was so universally panned by critics that I skipped it. Sounds like I made the right move!

Thanks for convincing me to avoid this one.

Huh...interesting time. A few minutes ago, I watched a clip of Last Week Tonight with John Oliver in which this film was mentioned!

It was so bad, we turned it off 1/2 way through. We almost never do that, but this one was one of the few we didn't give a chance to get all the way through.