My May was very busy as we got our very first home. Despite the lack of time, I got a lot of good movies in. Didn't get to play a single video game though. 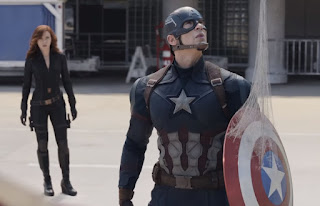 Captain America: Civil War was something I was looking forward to for a few years now. Avengers 2 didn't hold a candle to the first, but this one was almost as good. It's almost like a real Avengers movie as the only ones absent are Thor and Hulk. It pits Captain America against Iron Man in a battle of skill, politics, and friendship. The comic story-line was very notable and respected and I'm glad they didn't butcher it though most movies in the Avengers-related universe have been the best superhero films by far. 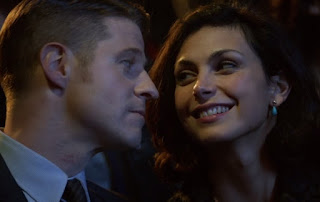 Speaking of superheroes, my favorite TV show is Gotham. This takes place before Bruce Wayne becomes Batman. The hero instead is a young Jim Gordon who will one day be Police Commissioner and Batman's loyal ally. I also really liked Penguin in this version, by far the best version of the character. I also enjoyed seeing Morena Baccarin as Dr. Leslie Thompkins. She is one of the most beautiful women out there, and I'm not surprised she was so likable that she turned a minor character (who most Batman fans either forget or never noticed before) into a major one by the time the first season was over.
Posted by Adam at 7:32 PM

I like the idea that they focus on Gordon. But Gotham is a little dark for me:(

I didn't realize you had bought your first house already. Thought you were still looking. Congratulations.

I haven't seen any of those;)

Congratulations on moving into your own home...that's is wonderful for you and Daisy..good luck.
I've been watching 'Outlander' series1 on Netlix.

Haven't seen either of these yet. Maybe this summer when things slow down here too.

Have you posted pictures of your new house? Maybe I missed them?

Not into these films ... although many are!

But it was great you and Daisy getting your first home.