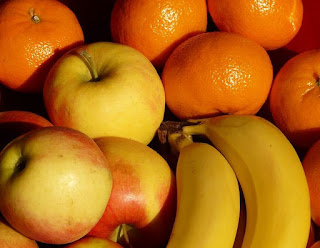 When I left the first company I ever worked for I jumped into another with a similar role. It was a super-market's produce department. I started at the first place as a bagger, then frozen/dairy, then finally produce. I always liked working in produce and my boss Eric liked me. I only left because the company there was unstable and the upper management were a bunch of idiots. Eric was so good at his job that you didn't realize how well he managed until he was on vacation. My new boss Louis was not nearly as good as Eric. He'd often let the morning crew take it easy and put the rest of the closer which usually was me. Less than a month into the job, Louis tells me something one-on-one. 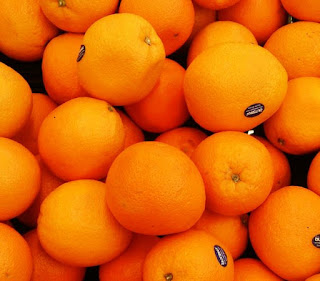 He told me that even though he knew I was "trying" that I wasn't doing my fair share of work. He said if I didn't improve he'd make me a bagger. Louis himself started many moons ago like I did and apparently was suspended once by his old produce manager for not working hard enough. So the next day I worked harder than I ever worked before. I was sweating like crazy from the labor and from the fear alone. Becoming a bagger was not something I wanted to revert back into. My life needed to go up not down at 21. I felt so helpless as if my whole life was in this man's palm and that it could be over if he didn't like me. 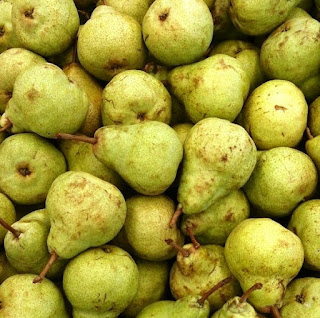 I never had much confidence especially back then. So that short day or two was certainly very dark times for my mood. I'm sad to say that I honestly thought about suicide a few times thinking what could happen if my worst fears came to be. But nothing happened, and eventually I worked at a normal pace. I came to learn later that Louis used this "technique" on everyone. Louis told me he wanted to be a Assistant Store Manager one day and right before I left the company (though he was long since transferred somewhere else) I heard that it happened. They then moved him a year or two later to one close by my new house. I went in the other day and heard he wasn't there anymore. He wasn't there long so it was strange. I heard he quit for some reason and was no longer there. He had been with the company since he was a teenager and he threw a lot of tenure down the toilet. I really doubt he's in a bad place right now, but it sure felt good hearing the news.
Posted by Adam at 12:00 PM

Oh Adam, sorry to hear this whole story, I think you are in a better place now too.

Your story sounds familiar. I've been fired a few times and it always hurts, even when it's not your fault.

ESPECIALLY when it's not your fault! :-(

ESPECIALLY when it's not your fault! :-(

It always seems that the employees that work the hardest and are the most dedicated get the short end of the stick. Its work bullying. Some boss men are good while others just want to throw their authority around and try to intimidate others. I've always heard "Managers do not like an employee that is smarter than them". I believe it now.
Lisa

Young people often get taken advantage of in the workplace. Glad you're older and wiser now!

I've seen people like your boss Louis a lot, and unfortunately, in the work force, they seem to be everywhere:( Good for you for moving onwards.

PS I think Arya will be around for awhile. My husband was surprised too about what happened to her, but I'm pretty sure she'll be around til the end. Just a hunch:D

I hate bosses that rule by fear instead of with compassion. Sorry he had an influence on making you feel worthless. I am glad he no longer has you under his thumb. Sounds like a real jerk!

I'm so sorry to hear this Adam. He sounds like a bully. And young people often end up being abused like that in the work place. I'm glad that everything turned out okay for you.

There's always people around that love to boss young people..and sometimes, they are so mean. I'm glad you made it thru....

I'm glad that everything turned out okay for you.