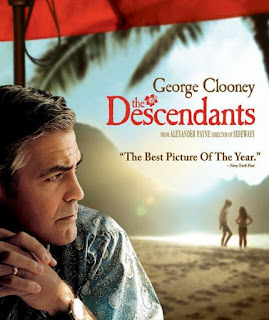 I can't remember if I had even heard about The Descendants film back in 2011 or not. It was actually my wife's idea to watch it. Not because of George Clooney (who she's fairly oblivious about) but because of Shailene Woodley. She loved watching the TV Series (The Secret Life of an American Teenager) she starred in as well as her main role in the Divergent series. I was a bit optimistic as George Clooney rarely gets bad movies though Batman and Robin was horrible enough to make up for a life-time of terrible parts. The Descendants was actually nominated for an Oscar including George Clooney as Best Actor. It's also based on a novel of the same name by author Kaui Hart Hemmings. 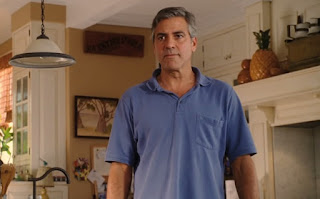 The story is set in Hawaii with Matthew King getting news that his wife Elizabeth King is in a coma. She was hurt in a boating accident with severe trauma to the head. Their marriage had been so distant, she could have been almost considered his estranged wife. He focused on work while she tended to their family. The tragedy happens right as Matt's family is focused on getting rid or keeping precious land left to them by an ancestor who was part of the Hawaiian royal family. Matthew decides that when his wife wakes up that he'll be the husband and father that he always needed to be for his family. His youngest daughter Scottie is ten years old and he tries his best to shelter her from the heartache of having such a thing happen to her mother. His oldest daughter Alex is in boarding school mainly due to her awful behavior and drinking problems. 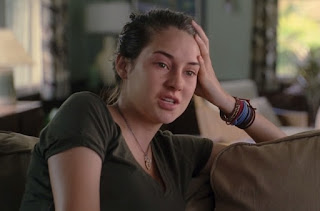 He travels to pick her up from boarding school on the Big Island to find her drunk and extremely rude. When she sobers up she claims she made one mistake and had been doing well for the most part. Though it later becomes obvious that she is a bad influence for her little sister Scottie even though she doesn't realize it at first. She also has issues with her mother as she caught her having an affair with a man and she tells her father about it after the accident. Regardless of how either two of them feel about Elizabeth King, their choice will be important when things don't look terribly great. And they must inform family members and mourn in their own ways. 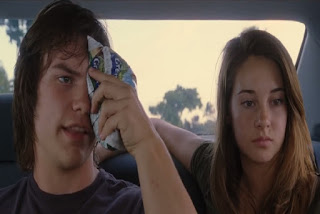 I actually liked The Descendants far more than I ever expected and I actually congratulated Daisy on finally picking a really good movie for once. I'm not surprised it was nominated for several categories at the Oscars for the year of 2011, but I'm also not shocked that it lost Best Picture and George Clooney did not win Best Actor either. As she gets older I'm curious to see what kind of roles Shailene Woodley will get. Everything I remember Shailene Woodley in has always been a character that can be described as "some teenager with problems" and I hope she gets something far more notable. I'm always impressed when actors or actresses play many different roles instead of playing a slightly different version of themselves. While I had no idea it existed until about a month ago, I do not regret Daisy picking this one out for sure.

I didn't see it...and not sure why as I am totally in LUV with the handsome Mr. Clooney...:)

We enjoyed this one too -- saw it in the theatre when it was first released. It was a really kind of different role for George Clooney, I thought.

A different type of movie for George, but a good one.

Oh yes! I really liked this movie too! Well... I like George in most any movie.