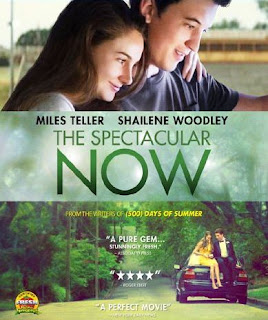 Ever since she watched The Secret Life of an American Teenager, Daisy has always been a huge fan of Shailene Woodley. I knew her mainly from the Divergent series though I do remember when she was just that 15 year old mother from that show I never watched. About a year before Divergent, her and Miles Teller (who plays Peter Hayes in Divergent) starred in The Spectacular Now. I had never heard of the movie before my wife picked it out. It was apparently not in many theaters and mainly was made for the Sundance Film Festival. I also think they were really trying to get an least an Oscar nomination from somebody here, but the Oscars certainly didn't nominate the film, nor any of the actors in it. But critics apparently liked it, and it was one of the last positive reviews Robert Ebert made before he passed away and his pal Richard Roeper really liked the movie as well. I often think Daisy picks some terrible movies, but I guess she did right this time. Or did she? 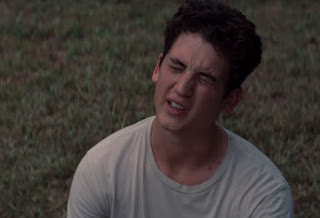 The main person of the story is Sutter Keely who is almost done with high school. He doesn't try very hard at school to the annoyance of one teacher who believes when he students fail then he has failed as a teacher. But he spent most of time at parties with his girlfriend Cassidy who breaks up with him when she sees him all alone with another girl. Which leads Sutter to go into depression and to drink far more than he usually does. After a terrible night, he ends up waking up in some stranger's yard and with no memory of how he exactly got there. Aimee Finecky who delivers newspapers with her mom finds Sutter in the yard. She is very shy, and unlike many of the other girls her age doesn't wear much make-up nor does she have a long list of ex-boyfriends and heartaches. But Sutter is quick to befriend her but not originally as a way to date her. 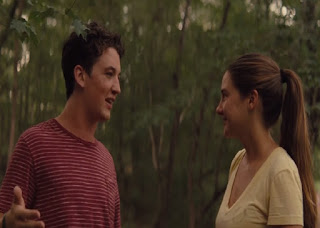 The sad thing is that Sutter Keely's heart had still belonged to Cassidy despite her moving on and finding someone else. He invites Aimee to lunch and almost forgets to meet her at the table because she never seemed to be that important to him. One of his friends mocks the idea of the two of them dating as he sees it as a rather pathetic rebound after his bitter breakup from his girlfriend Cassidy. But the pair do seem to like each other and before they know it things get very serious between them. But Sutter still has his own personal issues like a mother who always works and a father who is literally absent. If the relationship is going to last, Sutter is going to have to grow up, forget about the past and get to be a serious person himself. Or he just may lose the greatest love of his life before he has the chance to process it in his head. 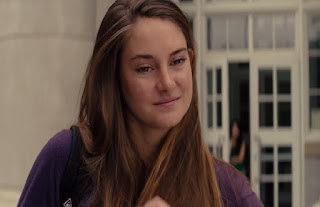 Overall The Spectacular Now I believe is one of the most over-rated films I had heard about from critical opinion. One of the reasons I didn't like it as much is that I never really thought a person like Aimee Finecky would not only fall for someone like Sutter Keely but would be basically peer-pressured into taking up some of his bad habits like drinking alcohol even though neither of the two have graduated high school yet. I might have been a little too good back in my high school days, but why does nobody in the story take offense to high school kids drinking or being in an actual bar? I also never really liked Miles Teller in anything because he seems like a douchebag and often gets roles that adds more evidence to my theory. It's not really a bad film as it's still very likable and I'm not shocked at all that this one "flew under the radar" when it came time for the Oscars for the year of 2013.

I wasn't familiar with this one. Might have to rent it.
You and Daisy have an excellent Thursday.

I haven't heard of this one.

Yeah, haven't heard of this one either!

Never even heard of it, soundds like that isn't a bad thing

haven't heard of it, either