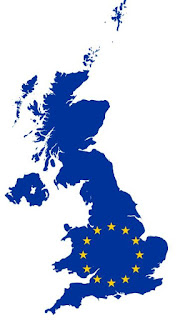 The politics of the European Union is sometimes confusing to me as I do not live in Europe. There have been plenty of sides for their own country staying or leaving the European Union. Euroscepticism apparently exists in many parties, but its rage is quite concentrated in the right-wing especially the farther right you go. But a small majority of Britons voted to leave the European Union with England very firm on leaving while Scotland was very firm on staying. Which may cause Scotland to finally leave the United Kingdom and suddenly the United Kingdom is not so united. It's certainly caused havoc (short-term anyway) for markets from Europe to across the world. There's certainly good and bad for all Britons when it comes to leaving the European Union. 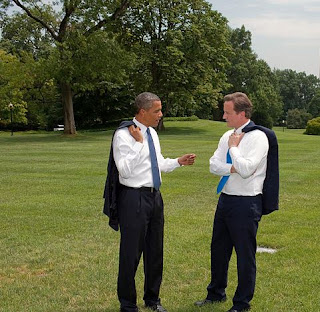 Prime Minister David Cameron resigned following the results. Even though he was a conservative, I respected the man quite a great deal. I was also very proud of him for pushing and passing marriage equality in England even though he wasn't so socially-liberal on the subject in the past when not many knew his name but that's politics. I also liked how he had a grand friendship with President Barack Obama. Hopefully the next true Prime Minister (it's apparently being filled-in with some guy named Boris Johnson) will lead Great Britain through uncertain times.
Posted by Adam at 11:00 PM

A consertive giving a shit about marriage rights!? Points.
I've been seeing this all over the news, still don't fully quite understand. Guess I don't know the difference between England and the UK. Seriously thought it was just a different name. Like USA or America.

This is not good for England .I know.And they are going to lost many things.

I don't think Brexit will be good for the UK's economy. Plus it may lead to the breakup of the UK itself. Scotland may very well leave the union and Northern Ireland will want to be reunited with the rest of Ireland. Even Gibraltar will want to join Spain. All so they can stay in the European Union.

Adam...I felt the same about Tony Blair...he and Pres GW Bush were friends. :)

It will be interesting to see what develops.

I would have voted to remain in the EU.

This is quite an interesting situation. I'm curious to see how it plays out.

Madness and now people are starting to realise what they have done.
What Phillip of Spain, Napoleon and Hitler tried by force, the Brits
have done themselves.
Scotland is re-negotiating with the EU and looking at a new referendum to exit the UK, Northern Ireland may be looking now at sensibly having a united Ireland.
When will the older Brits realise that the Empire and Raj and the pre-WW2 maps of the World showing all those RED spots - eg: Canada, Australia, South Africa etc are independent countries now. The World has moved on and the Empire is no more!
B J Hunnicut aka Colin

Apparently in Gibraltar the "to join Spain" is at 95% !!!
Good God - Winston Churchill must be doing cartwheels in his grave.
B J Hunnicut aka Colin

An historical choice ! Have a very nice week :)