Fact of the Day: Agnes Sampson 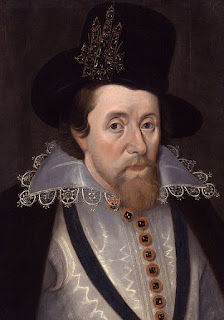 When King James VI of Scotland (who later became James I of England) married the Danish princess Anne, he became very paranoid of witches when he returned from Denmark. At the time Denmark had several notable witch hunts. One of his biggest witch hunts was against Agnes Sampson (among others) who James thought caused storms that were aimed at his ships.
Posted by Adam at 12:00 AM

So interesting how superstitious beliefs were responsible for many events of the past...

Such small minds sure ruled back then

Terrible times for those who were persecuted for these ridiculous beliefs.