Fact of the Day: Bush vs Richards 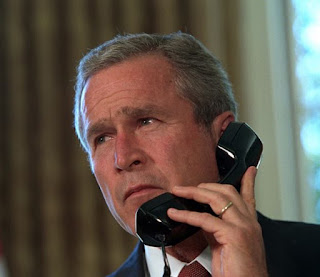 During the 1994 Texas Gubernatorial election, future-president George W. Bush faced incumbent Democratic Governor Ann Richards who was fairly popular especially as Texas had a strong economy during her tenure. Bush campaigned heavily on faith and cultural values, and it turned ugly when homophobia was used to slander Richards. Many had even questioned Richard's own orientation despite her being married before and being a mother to four children. Much of the ugliness was blamed at Bush's friend Karl Rove but he denied being behind the rumors.
Posted by Adam at 12:00 AM

Karl Rove was an unscrupulous scumbag.

Do anything to win, ugg to politics

politics can be so awful!

Yes, and they slandered McCain also by claiming he had an out-of-wedlock black child.

Where this Bush is concerned, nothing surprises me.
Bad as Bush was, Good God, he is bloody angelic compared
to the lunatic at a certain convention in Cleveland, Ohio.
What a shambles!!!
Pity about "plaglarising" by Mrs Trump, the ????.
Eleanor Roosevelt's speeches would be safe, this Trump woman's
history would not go that far back.
The G.O.P convention must be the only political party that
has elderly WW2 veterans who could hardly walk, let alone march with
rifles slung over their aging shoulders, partake in a political
rally. How bizarre.
Weird - weirder - weirdest stunts ever and could only happen in
the USA - "Unlimited Supply of Automatics" !!!!
And from what is reported here, you can take your firearms into the
convention hall?????????
B J Hunnicut aka Colin