Fact of the Day: Chaplin Politics 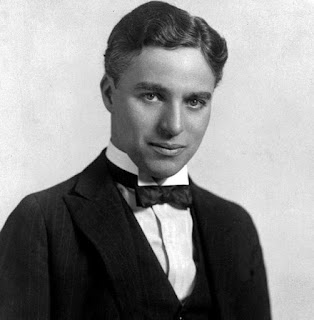 A celebrity across the globe, the British actor Charlie Chaplin lived a good amount of his time in the United States of America. Like many in Hollywood at the time, he was accused of being a member of the Communist Party. Unlike other actors, the United States had the power to prevent him from returning to America since he was English. While they had very little evidence and would most likely lose to Chaplin in court, he did not attempt to return afterwards. He settled in Switzerland where he lived until he died. He did return to America in 1972 to accept an honorary Oscar at the Academy Awards a good while after his reputation in America was much better than when he left.
Posted by Adam at 12:00 AM

He was a great comedian.

He was British???? Dear Lord, I swear I thought he was American.

I thought he was american too, shows what I knew

I didn't know all this. Interesting.

I think that's the first photo I've ever seen of him without that little mustache. He was a better looking guy than I thought.

I understand he left America because he didn't want to pay the recently implemented tax on income.

He certainly had a luxurious chalet in Switzerland and was most welcome in that country.
Maybe stupid Senator Joe McCarthy did him a favour?
Obviously Adam your readers don't know too much about the
countries of origin of movie stars who found fame in Hollywood.
Strange - all you have to do is google or read biographies.
B J Hunnicut aka Colin