Fact of the Day: Swim Suits 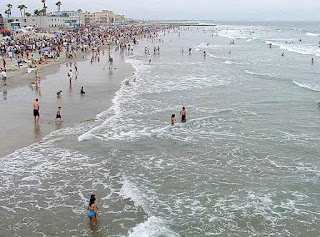 Swimming outdoors had once been something highly discouraged in the Western World. As such the use of a "swim-suit" slowly evolved between the 18th and early 20th century for both men and women. Even the popular bikini swimsuits took quite some time to be adopted by most women. The Catholic church even went to formally say that the bikini was sinful around that time. It was partly-due to Hollywood actresses that made the bikini popular.
Posted by Adam at 9:51 AM

Email ThisBlogThis!Share to TwitterShare to FacebookShare to Pinterest
Labels: Catholic, Christianity, fact of the day

how times have changed!

Swimming suits have certainly evolved over the decades.

How nice that times have changed!

The tiny bikinis are actually out of style and they are going back to the full coverage. Thats good news now that Im older. ha.
Lisa