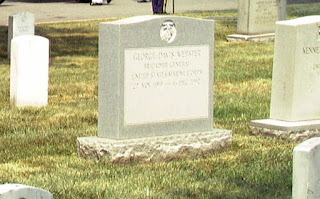 "Even death is not to be feared by one who has lived wisely."
-Buddha

While I'm an agnostic non-theist and not a Buddhist (my wife is though) there's a lot to admire about the Buddhist philosophy. Fear of death is something that almost every human that ever walked the earth lives with throughout their existence. A lot of religions focus on this with heavens and hells. I think Christianity became very popular partly because of its promise of eternal life even though you have to pass away first which is a rather strange contradiction there. Judaism (and the Old Testament) had been extremely vague when it came to the after-life, and I'm sure the idea of immortality sounded pretty good in the 1st and 2nd centuries. Even the first Emperor of China Qin Shi Huang ironically died searching for a way to live forever. I think death becomes less scary the more you have lived your life. Though I'm not foolish enough to believe that my doom won't be at least a little scary.
Posted by Adam at 12:00 PM

That's true, religion is a lot about what comes after death.

I am not afraid of death. I know I'm going to heaven. The Bible makes it very clear and easy on how to get there. : )

I wish I had more faith. It would be a great source of comfort.

As Woody Allen famously said "I don't mind the idea of dying. I just don't want to be there when it happens."

I'm not afraid of dying. I'm just afraid of what will happen to the ones I leave behind. But I do have peace knowing there is a heaven. I put my trust in God and his word.
Lisa

I'm with Lisa. Death doesn't worry me. It's the loss my family will feel once I'm gone that bothers me.

When I croak I'll see what there is, if nothing then I'll never know. I have no fear of death, it's the long drawn out dying part I want none of. Take me fast.

I was a lot more concerned about dying when our son was small but now he's a grown adult and could take care of himself if I, or his mother, were gone.

I love the Buddhist philosophy. It really speaks to me. I'm not as afraid of death as I am of how I will die. If I live a full and satisfactory life and die peacefully, there is nothing to fear.

Really?????????????
Please send me a contact number so I can find where
my room will be located.
I want a good view overlooking a great surfing beach, with
good tennis courts after the good Lord fixes my back and a decent stable of horse for equestrian participation.
Colin