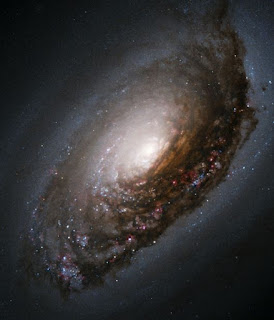 "There is a thing inherent and natural, which existed before heaven and earth. Motionless and fathomless, It stands alone and never changes; It pervades everywhere and never becomes exhausted. It may be regarded as the Mother of the Universe. I do not know its name. If I am forced to give it a name, I call it Tao, and I name it as supreme."

The Tao is a philosophical idea that's hard to describes in words by Lao Zi who was the founder of the philosophy/religion of Taoism. But the idea is rather close to natural order of the universe itself. And much different in idea than most religions have with one creator-deity that simply created the sun, the moon, and our little blue marble but apparently forgot to tell us about the rest of the universe.
Posted by Adam at 12:00 PM

Personally, I'm much more drawn to Taoism than any other Eastern spirituality.

That's a really interesting way of looking at things.

Did you hear?!? They're delaying GoT's next season from spring to summer 2017....waaaaaaaaaaah:'(

I guess we humans will never stop wondering about the universe.

I find it very fascinating!

I think Lao Zi was spot on! When it comes to the ultimate reality, I'm like a cyanobacteria in a puddle comprehending a rocket taking off nearby, carrying a spaceship to a Jupiter orbit ~ probably even less than a cyanobacteria.